This delicious Sausage and Cabbage Skillet recipe is low-carb deliciousness in a skillet. Each serving has less than 450 calories and less than 25 grams of carbohydrates (net). It’s easy to get excited about its nutritional values, but the taste is what will win you over.

Who doesn’t love Southern fried cabbage sausage? Only those who have not had it – that’s who. When cabbage is cooked, it transforms into this lovely creation that tastes good and is actually healthy. Plus, the addition of sausage and bell peppers – yum!

Did I happen to mention that this is an easy weeknight dinner? (It’s also easy to make on the weekend!)

How To Make Sausage and Cabbage Skillet

For this easy skillet dinner, you need the following ingredients:

For the sausage, you don’t want one of those little breakfast sausages. You want something more along the line of a “rope.” You get bonus points if you use smoked turkey sausage. And if it’s organic and raised free-range – even better.

To make this cabbage and sausage recipe, start by prepping your veggies. Go ahead and slice the bell peppers and onions and set them aside. Feel free to use any color of bell pepper that you like. It’s said you should “eat a rainbow,” so feel free to go for red, yellow, and green bell peppers.

For the cabbage, you need to core it first. Unlike lettuce that you can “womp” on a counter and pull out the core, cabbages are thick and it’s best to cut them in half and remove the core by cutting it out. Once the core has been removed, cut the cabbage in half again (now you have quarters) and cut it into thick slices.

Place a skillet over medium heat and melt the butter and add olive oil. Sauté the peppers, onions, and sausage for 4-6 minutes. You want the veggies to soften a little.

Next, add the cabbage to the skillet along with the seasonings (pepper, seasoned salt, and garlic powder). Toss the cabbage, veggies and seasonings for 3-4 minutes make sure that the cabbage gets coated.

Add 1 cup of chicken broth to the cabbage mixture and bring it to a boil over high heat. Cover the skillet, reduce the heat to low, and cook for 10 – 12 minutes. Be sure to stir the cabbage every 4-5 minutes. Add additional chicken broth or chicken stock if needed.

The cabbage should not be soggy – unless you really like it soggy. It should have a little bit of “bite” to it when you test it. Kind of like al dente pasta. 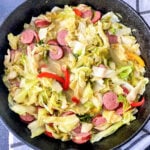 The nutritional values in this dish will vary depending on the brands that you use. The values here were estimated using the values from Butterball’s Natural Hardwood Smoked Turkey Sausage and are just an estimation.

Can’t get enough sausage? Here are some other tasty recipes featuring sausage at Southern Kissed: 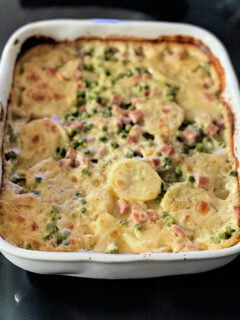 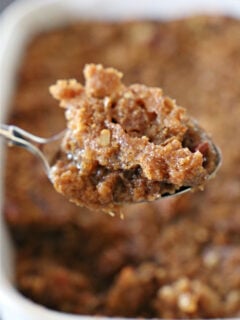