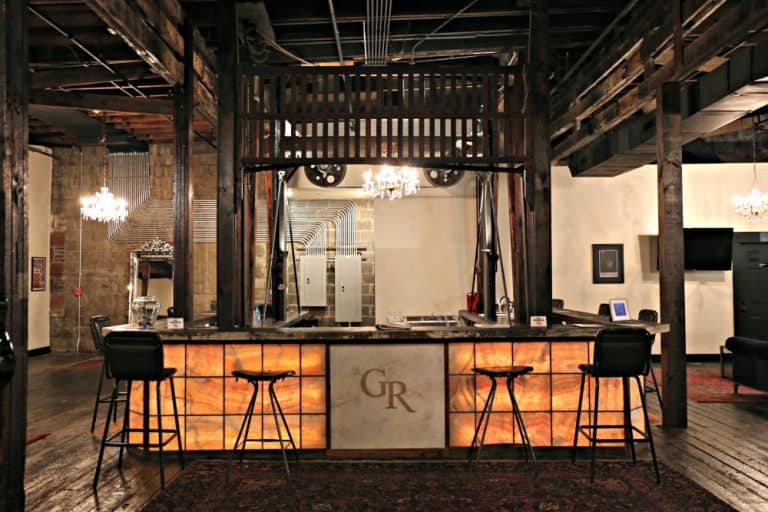 The GunRunner.  Just the name of Florence, Alabama’s first boutique hotel evokes thoughts of excitement, thrills, and perhaps a little danger.  The GunRunner Boutique Hotel is definitely one of the coolest places to stay in one of the best small towns in the South.

Guests at the GunRunner will enjoy luxurious anonymity via the hotel’s hands-off approach to hospitality.  There is no front desk to check-in and are no interruptions by housekeeping during guests stay.  Rooms are booked either through the GunRunner’s website or through Airbnb.

Amenities at GunRunner include a Keurig coffee maker in each room, deluxe robes for guests to wear during their stay, custom made local toiletries, a wet bar, refrigerator and free wi-fi.  While breakfast is not included, the GunRunner is located above Turbo Coffee which is a nice spot to grab a pastry and a cup of Joe.  The hotel is just a couple of blocks away from local eateries in downtown Florence, but if guests don’t want to go out for lunch or dinner, they can call the Shoals Takeout for delivery service.

The GunRunner has a strict No Smoking policy and pets aren’t allowed. 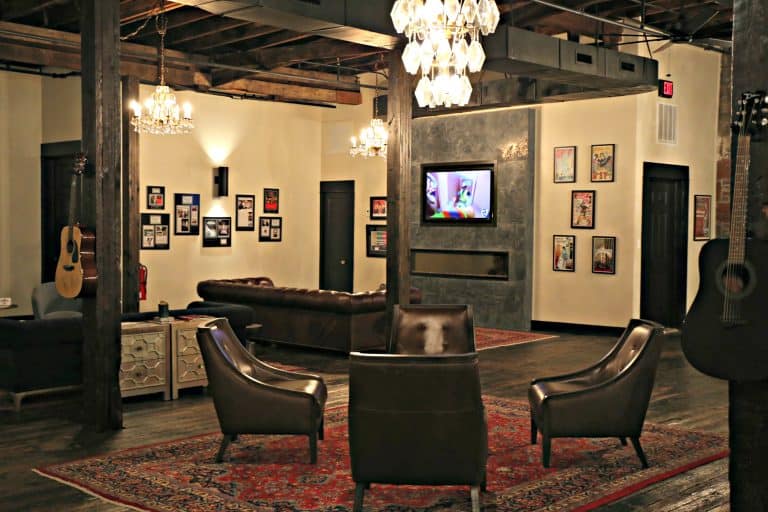 The Rooms at the GunRunner

Named after the pawn shop which occupied the building years ago, The GunRunner has 10 distinct suites, each named after a person, place, or site related to the area.  There is a 3,200 square foot common area shared by nine suites upstairs.  (The Devil’s Backbone is a handicapped accessible room located on the first floor.)

Named after America’s iconic architect, the Frank Lloyd Wright suite features warm wood tones with clean horizontal lines.  Every detail was taken to ensure that the design meets the standards of its namesake whose philosophy was “organic architecture.” 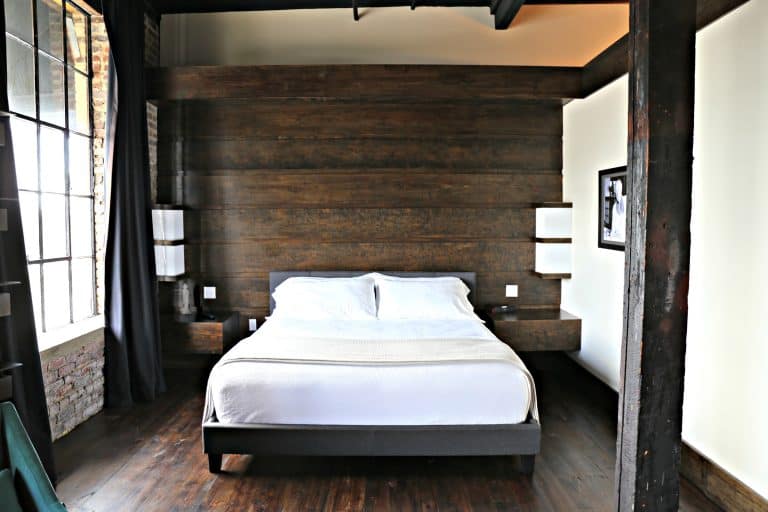 The beds in each suite are covered with luxury linens by Peacock Alley. 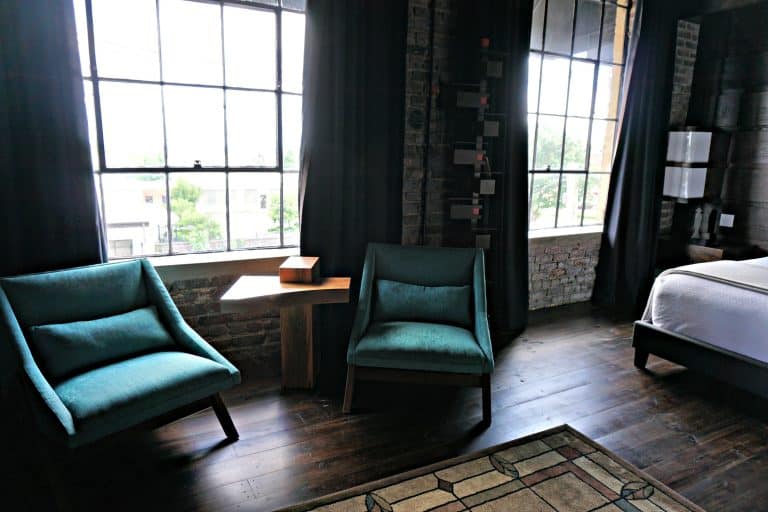 Two sleek chairs make up the seating area – the perfect spot for sipping a cup of coffee, reading a book, or watching some television.  Or all three at one time for those who like to multitask. 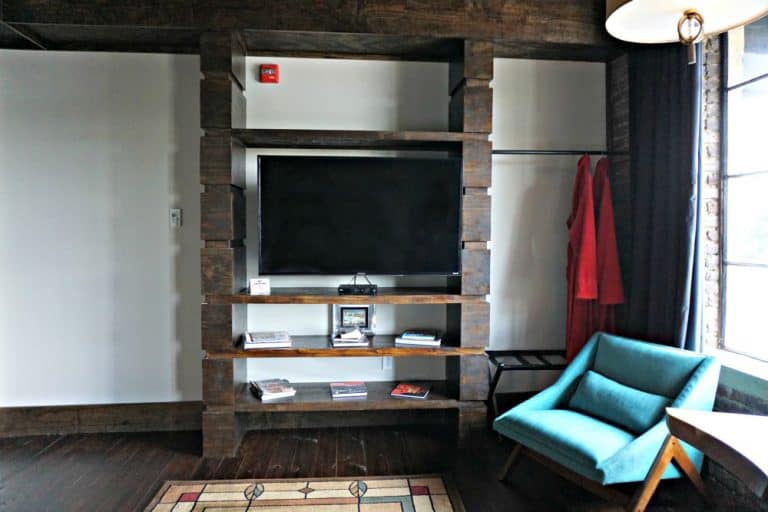 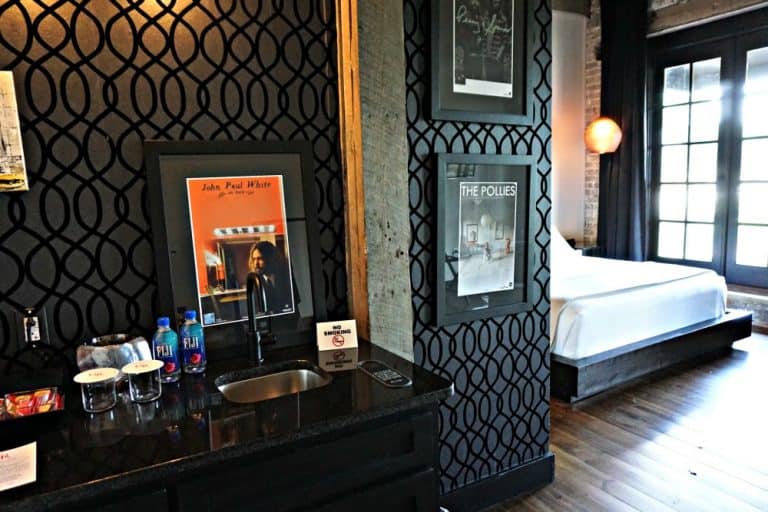 The Single Lock Suite is named after Single Lock Records, an independent record label that calls Florence home.  Some of the artwork on the walls is of artists who have recorded there. 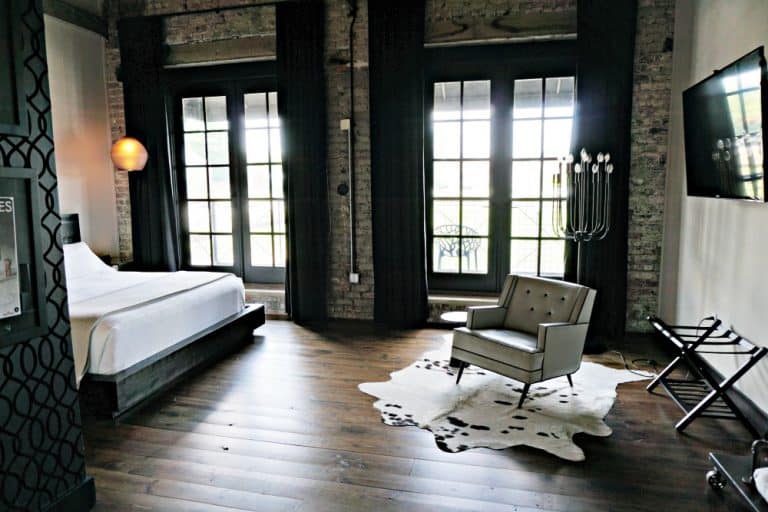 The spacious suite has a noir feel to it – something a bit naughty. 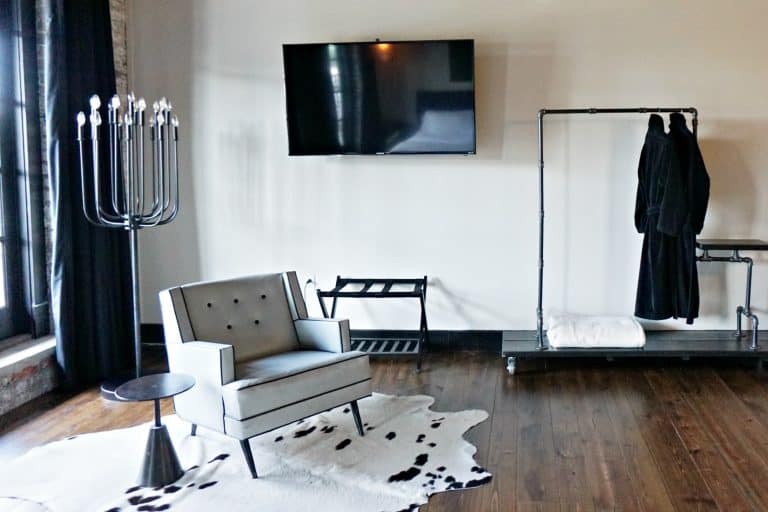 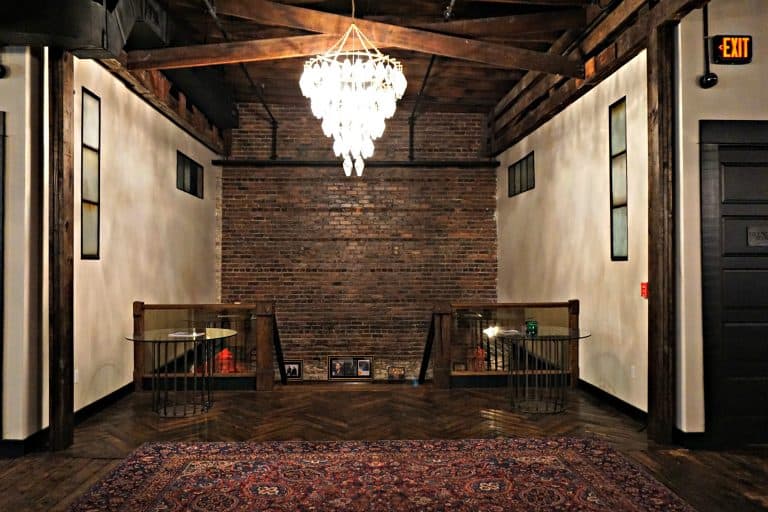 If you are new to Airbnb, click here for a discount off of your first booking.

« Alabama White Barbecue Sauce
Where To Dine in The Shoals »