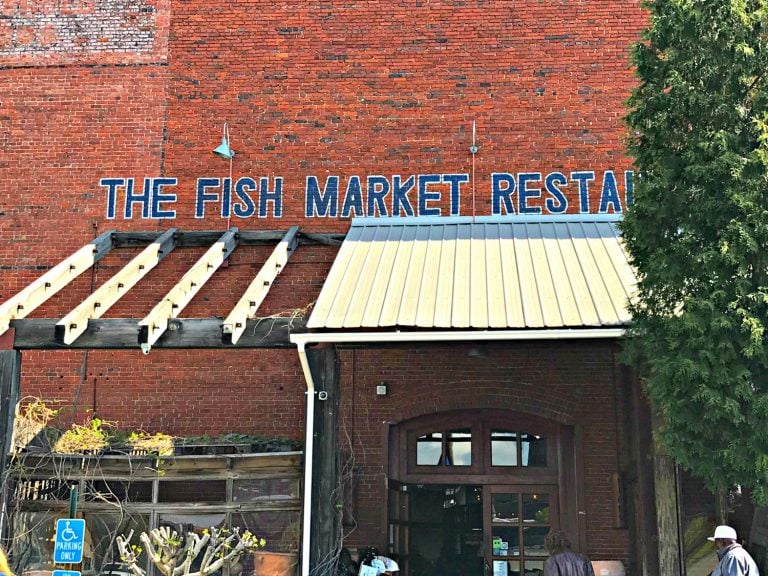 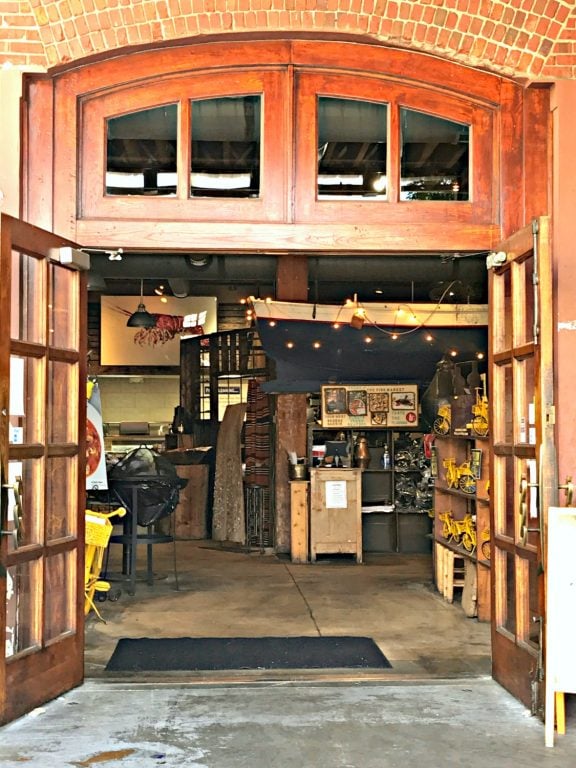 Stepping through the beautiful wooden double doors, diners are invited into the warm interior which is decorated with a nod to both Greece and the fishing industry. 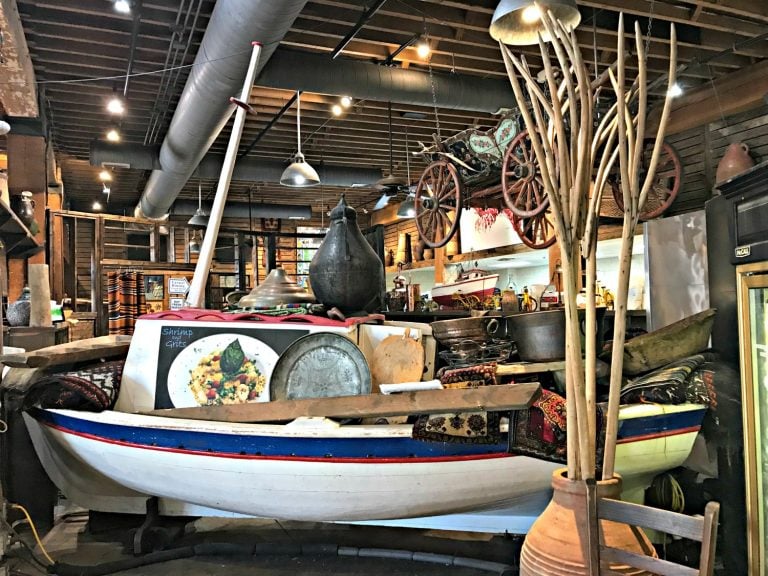 There are jars of sea salt from Greece, as well as bottles of olives, olive oil, and vinegar available for purchase. 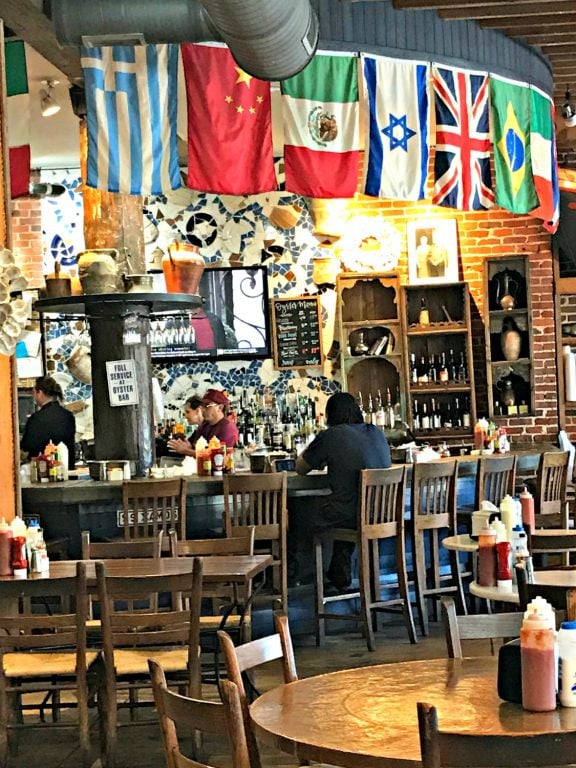 Items on the menu reflect George’s Greek heritage, such as the Chargrilled Octopus which is grilled and drizzle with The Fish Market’s house Greek vinaigrette, the Big Fat Greek salad whose toppings include Kalamata olives and Salonika peppers, and a Greek Cole Slaw with feta cheese.

At the time of this post, The Fish Market Restaurant is ranked #152 out of  737 restaurants in Birmingham according to reviews on TripAdvisor.  That puts it roughly in the top 20% of restaurants.  Its location makes it a plus for those who are downtown, whether it be for business, pleasure, or medical purposes. 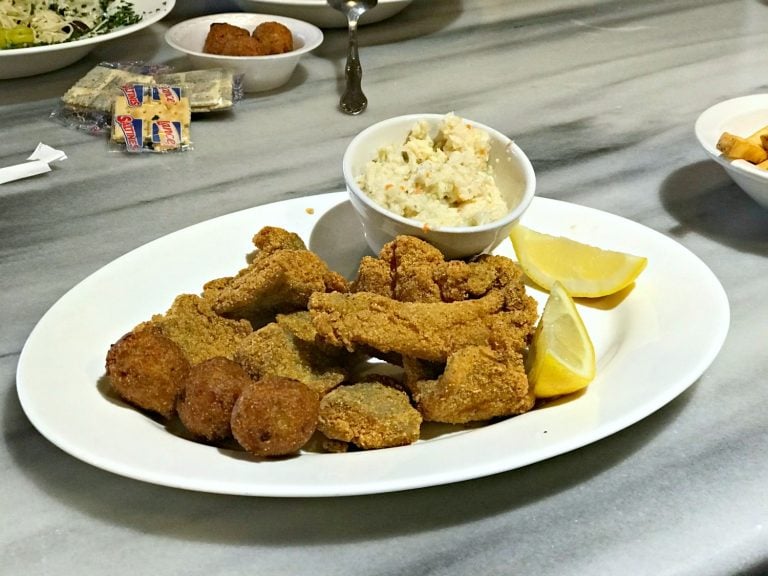 My husband and I had heard really good things about The Fish Market, so we decided to check it out.  It was barely 11:00 am on a sunny, yet chilly weekday.  Our waiter took us to a section away from the doors so that we wouldn’t be chilled.

Our waiter was friendly and knowledgeable.  (I suspect he might be related to George.  The Fish Market is a family operated business, so the odds are favorable.)  He promptly took our order and then returned with our drinks.

Being the good southerner that he is, my husband ordered Cajun Catfish Strips with slaw and french fries ($11.49) along with a soft drink ($2.29).  I am a big fan of Shrimp and Grits, so I ordered that and took a bit of an adventurous route and got it with a side of the Greek Cole Slaw ($12.99). 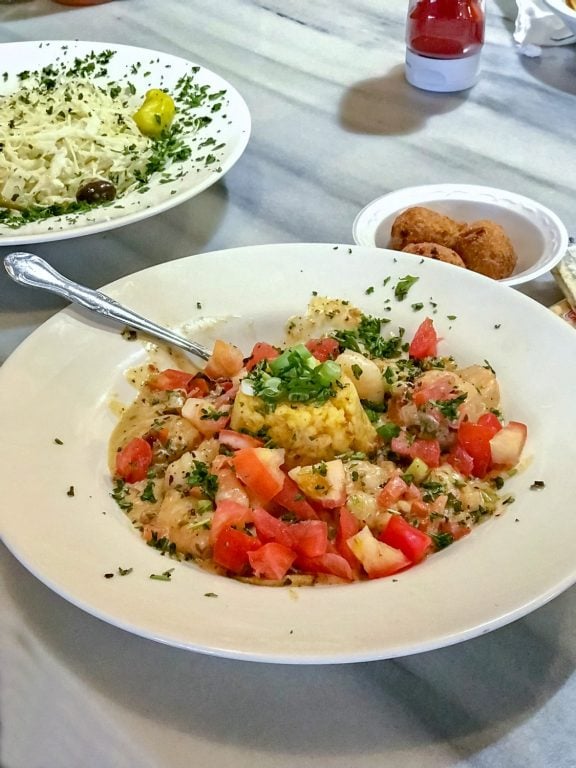 My husband was not all that impressed with his dish.  I, on the other hand, really enjoyed the shrimp and grits.  They were a bit different from other versions that I have had, but they were really quite delicious.  The Greek Cole Slaw was refreshing, but it had just a little too much feta in my opinion.

Before tip, our lunch came to a total of $29.45.  Would I dine there again?  Yes, I would.  Would I order the Shrimp and Grits again?  I would be hard-pressed not to, though I might have to pass that dish up so that I can try their Shrimp Po Boy.

What’s your favorite dish at The Fish Market Restaurant?