Six Things To Do In Branson

I recently went on a tour of Branson and discovered that there is much to do in the little town (population<12,000) that draws in nearly 8 million visitors per year.  There are museums to explore, unique dining experiences, an 1880’s theme park, outlet shopping, and so much more in the small city in the Ozarks.  Below is a guide to six things to do in Branson. 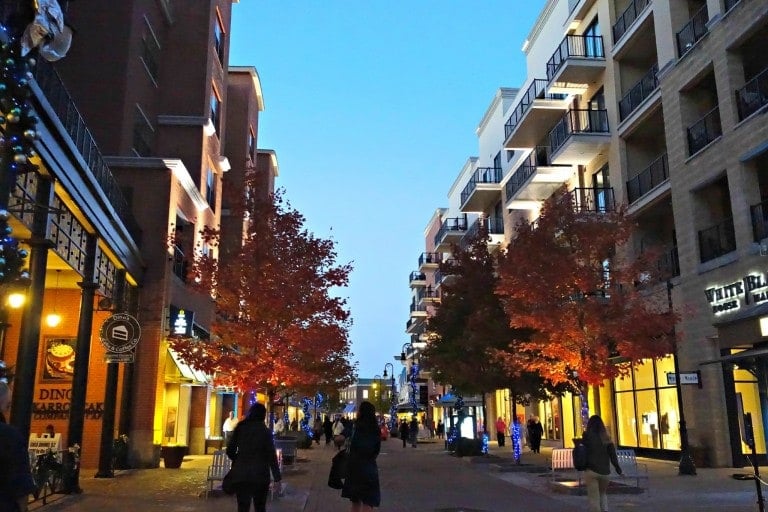 Six Things To Do In Branson 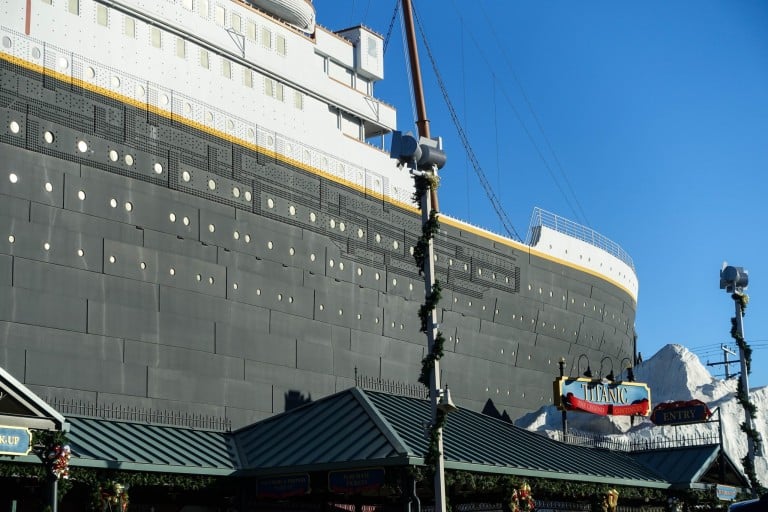 Over 100 years ago, the ship that was deemed virtually indestructible collided with an iceberg five days into its voyage and met a watery grave.  While survivors of the catastrophe numbered 705,  there were 1,503 people who lost their lives.  The Titanic Museum in Branson pays honor to all of those who boarded the luxury ship on April 10, 1912.  There are 20 galleries to explore, 2,208 stories to read, and over 400 actual artifacts from the Titanic, including an actual menu of the last meal that was served that fateful night.

If you have been to other Titanic museums, be sure to stop at the one in Branson, too.  The museums are different and have different artifacts.   At the Branson museum, I was able to experience what it was like to be a passenger on the Titanic by sitting in a life-size replica of one of its lifeboats, tried my go at staying upright on a mock deck of the ship at different stages of sinking, and placed my hand in frigid water. 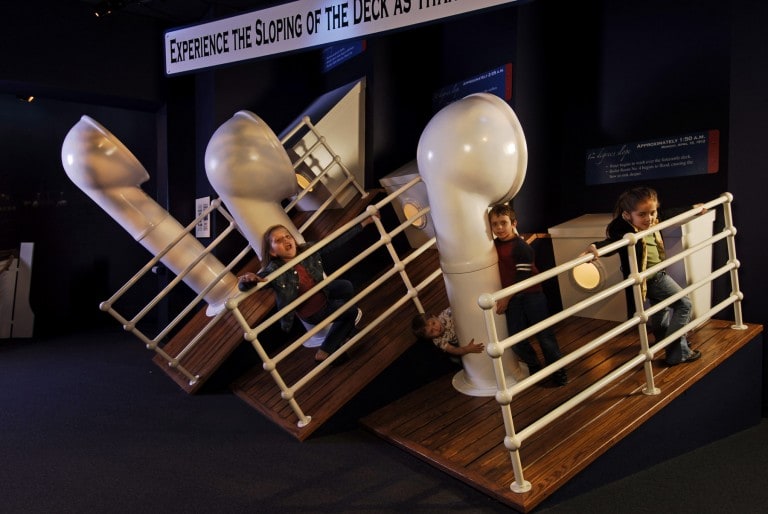 Photo courtesy of The Titanic Museum 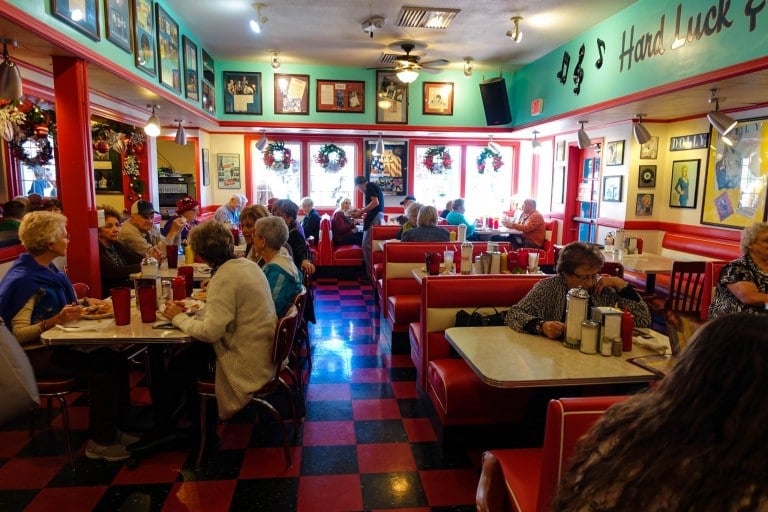 Mel’s Hard Luck Diner is more than just a place to grab a bite to eat.  It is a unique dining experience that you won’t find anywhere else.   Throughout the day, the servers will pick up a microphone and sing to the diners.  While there, I was lucky enough to have one of the servers join me in my chair while he sang.

The menu at Mel’s Hard Luck Diner consists of classic diner food such as burgers, fries, and shakes.  Lighter fare can be had, too, such as the Groovin’ Grilled Chicken Salad or Southwest Grilled Chicken Wrap.  I ordered a salad and saved room for dessert because Mel’s serves up a mean banana split. 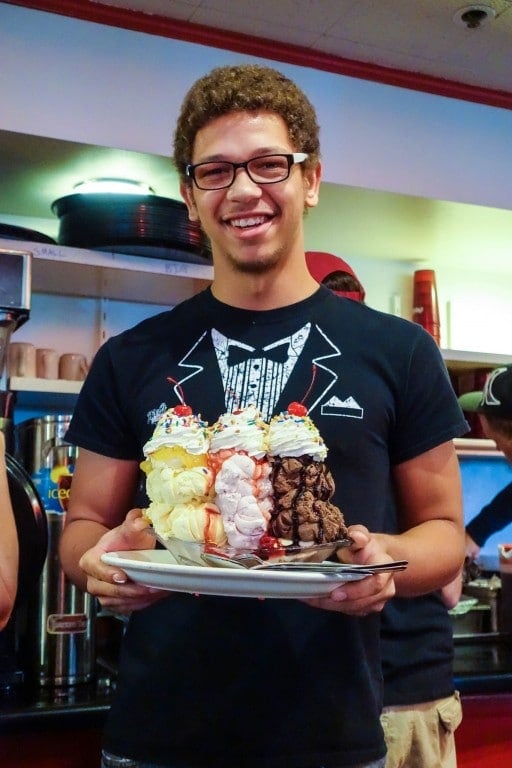 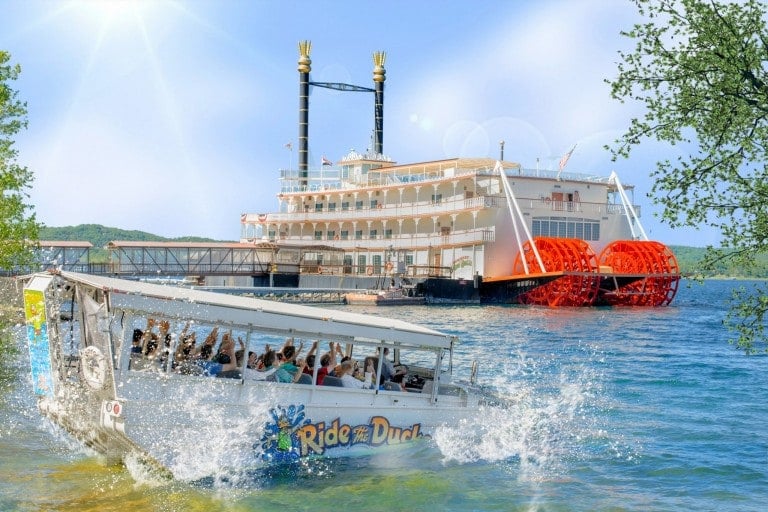 Photo courtesy of Ride The Ducks

One thing that I have been wanting to do for a few years now is to ride a duck.  Not the bird, but a DUKW – an amphibious landing craft developed by the United States Army during World War II.  I can now say that after my trip to Branson, that has been accomplished.

At Ride The Ducks, people journey for 70 fun-filled minutes through Branson, to the top of a mountain, and splash down and cruise Table Rock Lake.   Along the way, passengers discover the history behind some other unique American military vehicles.  Once the Duck has splashed down, passengers are invited to take the steering wheel while cruising on the beautiful lake. 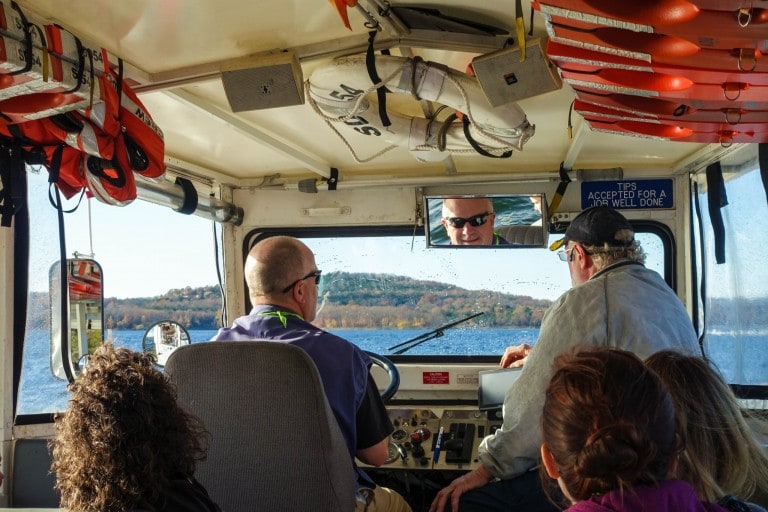 Ride The Ducks has over 95 vehicles and carries over 1.5 million guests each year in 7 locations nationwide and abroad.  The Branson location is located on the strip just west of Walmart and is open Monday – Sunday from 10 am until 5 pm. 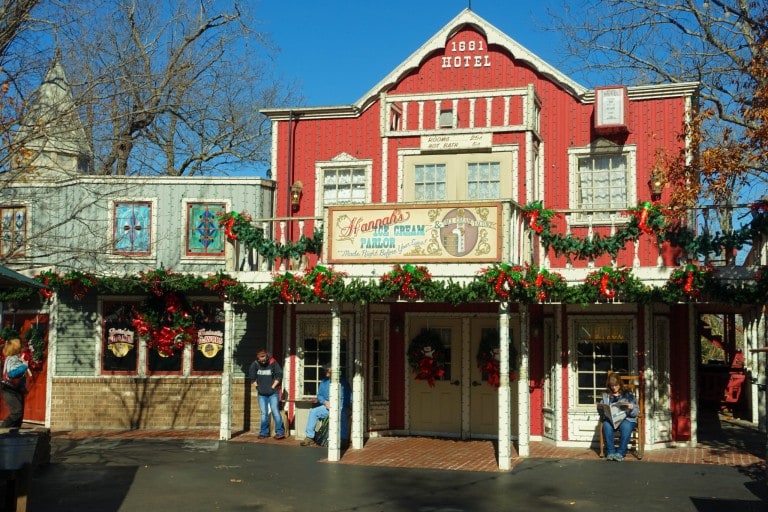 Nestled in the woods of The Ozarks lies one of the most fun amusement parks you will ever encounter.  Silver Dollar City is a 100-acre family-owned theme park that has more than 30 rides, 12 restaurants, and 60 shops with wares made by over 100 resident craftsmen.  The park is owned by the Herschend family, who also happens to own Dollywood, Stone Mountain Park, and the Harlem Globetrotters. 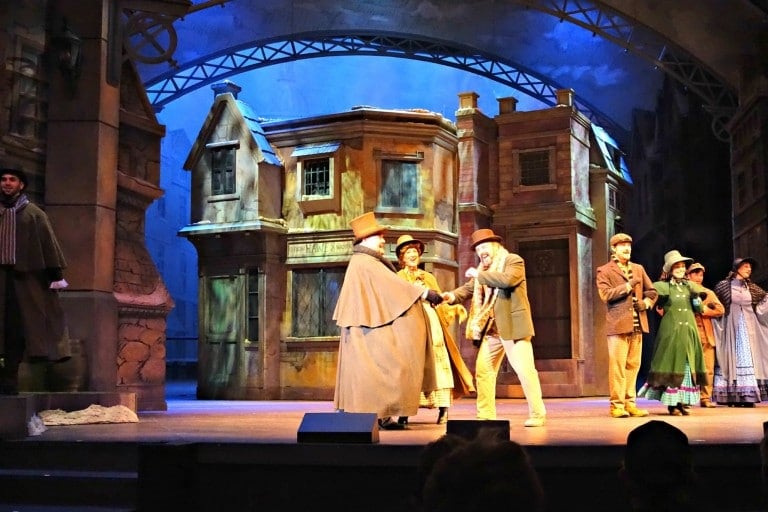 I was there at Christmas time and absolutely loved A Dickens’ Christmas Carol.  The amazing performance features 15 talented actors and actresses, uses special effects and a live band, is sure to put you in the Christmas spirit.  It is an incredible production that on its own would be worth the trip to Silver Dollar City.  Two other things to see during the Christmas season are the Light Spectacular on Main Street featuring  a 5-story special effects Christmas tree and Rudolph’s Holly Jolly Christmas Light Parade led by Rudolph himself.

5. Board The Showboat Branson Belle 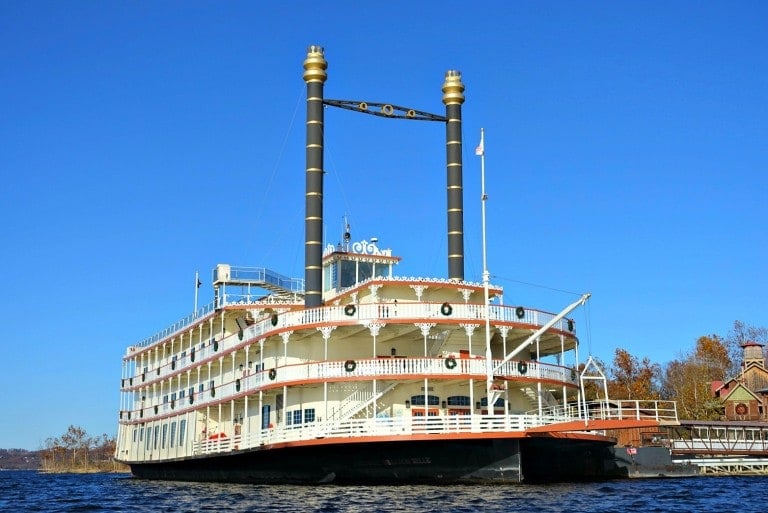 One of my favorite things that I got to do in Branson was board the Showboat Branson Belle.  The Branson Belle has been serving dinner and entertaining guest for 20 years.  While on board for the two-hour cruise, guests enjoy a 3-course meal while being entertained with singing, dancing, as well as magic and comedy performed by Christopher James.  During the performance break, guests can make their way to the top of the boat and enjoy the beautiful views of Table Rock Lake. 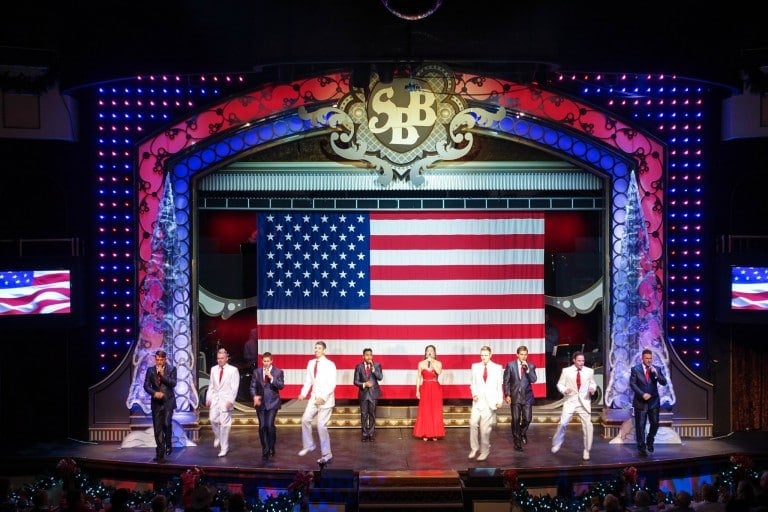 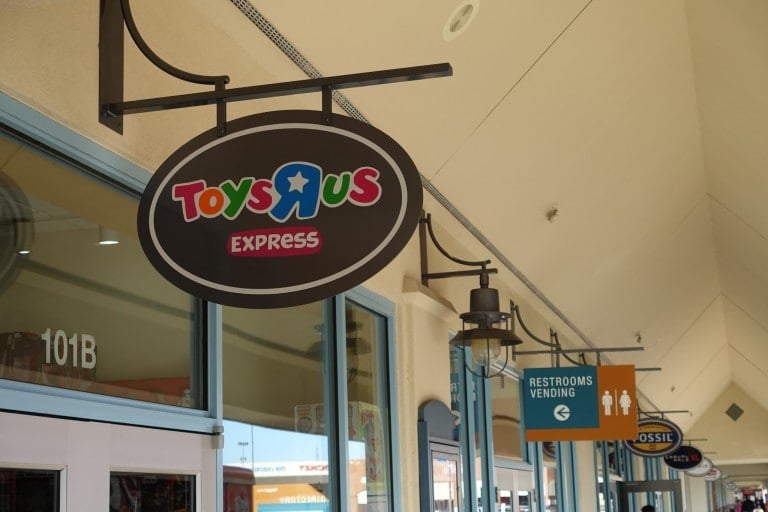 I had a chance to do a little bit of shopping at the Tanger Outlet in Branson.  There are loads of bargains and a lot of great shops, among them Ann Taylor, Banana Republic, Disney Store, Harry & David, OshKosh B’gosh, Tommy Hilfiger, and Under Armor.  Should you get hungry while you are shopping, you can grab a bite to eat at A&W Restaurant, Kings Subs & Deli, or at The Fudgery.  Be sure to get a coupon book to save money while you shop.

I found Branson to be a fun little city with a lot to do, see, and explore.  You can plan your own trip by visiting ExploreBranson.com.  There you can order a free guide, get directions, search for deals, and start making plans.

Going for the holidays?  Head over to SweetTMakesThree.com where you will read about some great places to shop and eat in Branson at Christmastime. 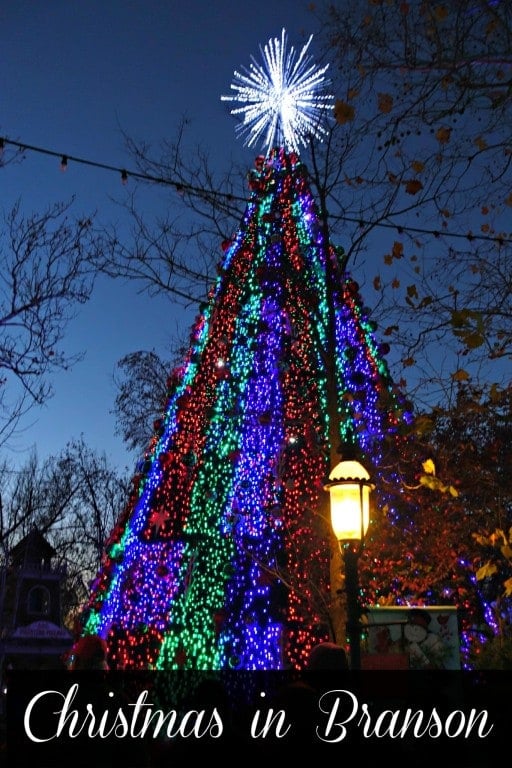 And if you are looking for accommodations, here is a place to consider: 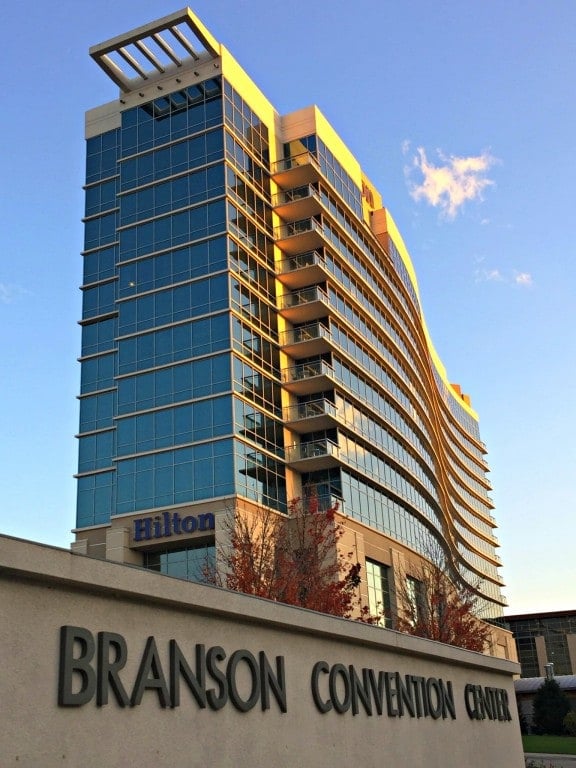 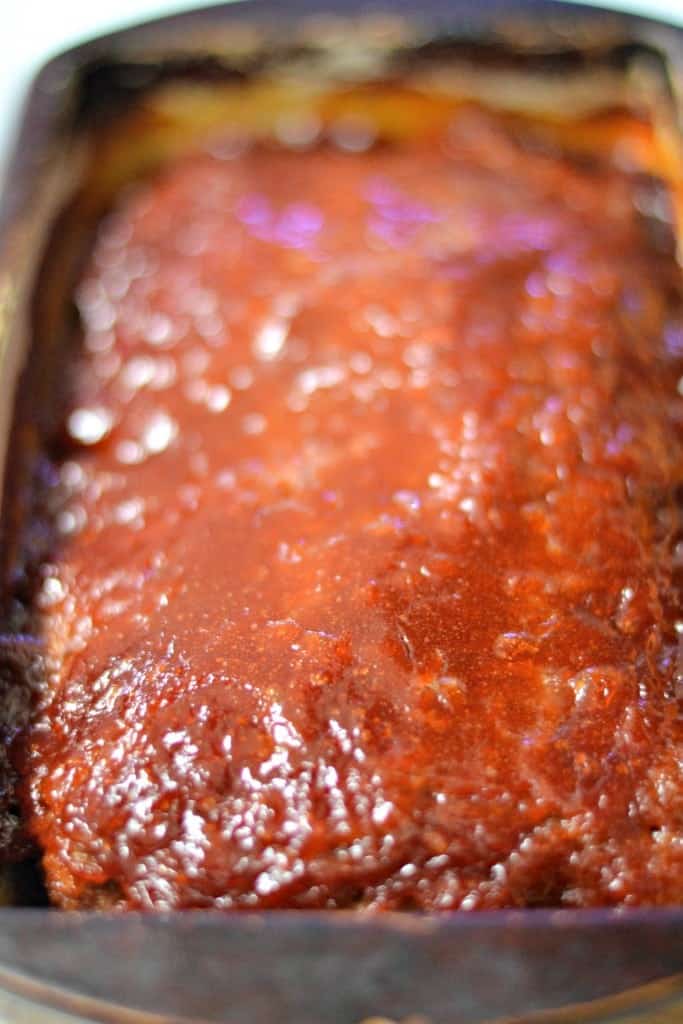 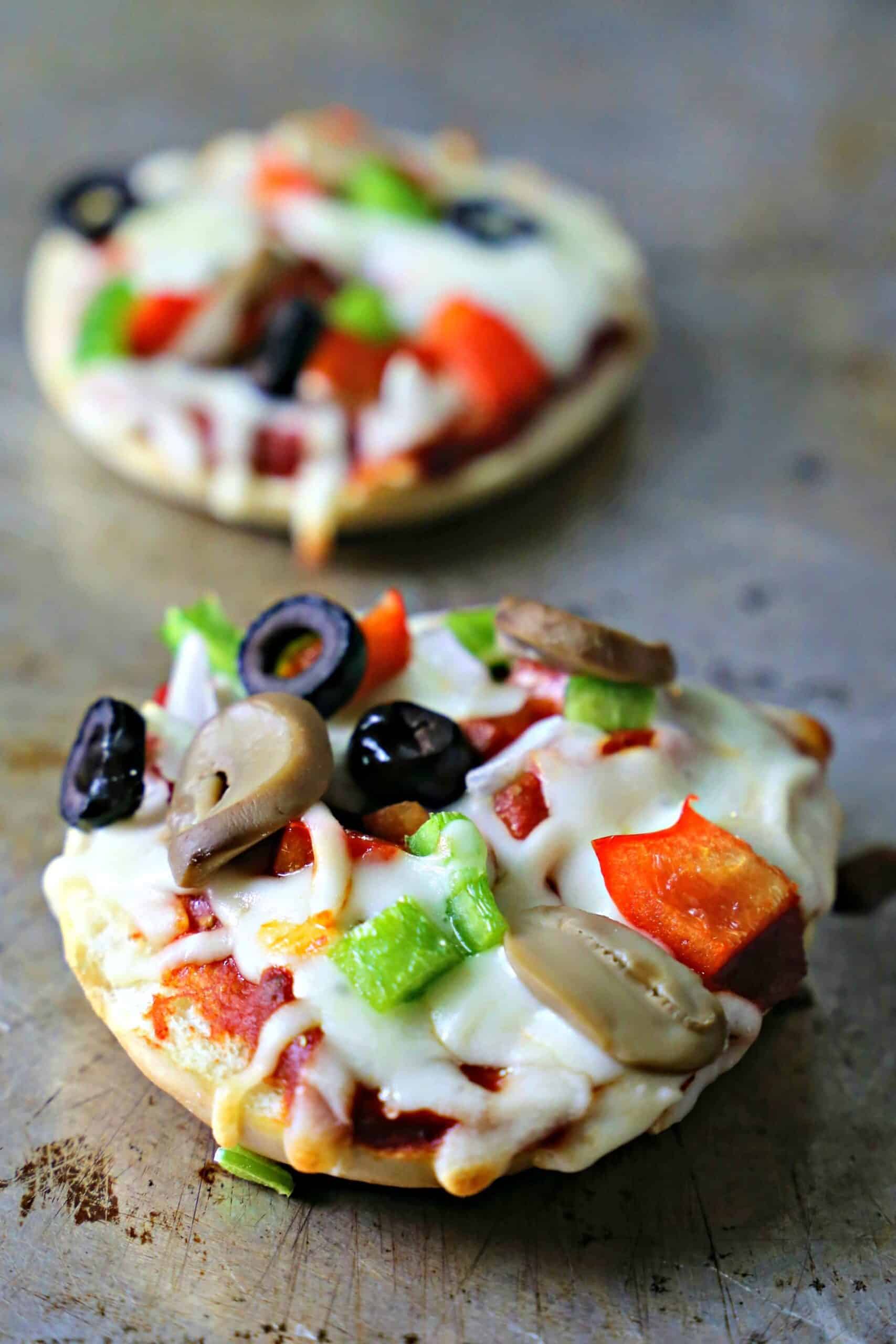