Schlitterbahn has been named the World’s Best Water Park for 20 years in a row.  I was invited to their flagship park in New Braunfels, Texas where I learned why Schlitterbahn has earned that title. 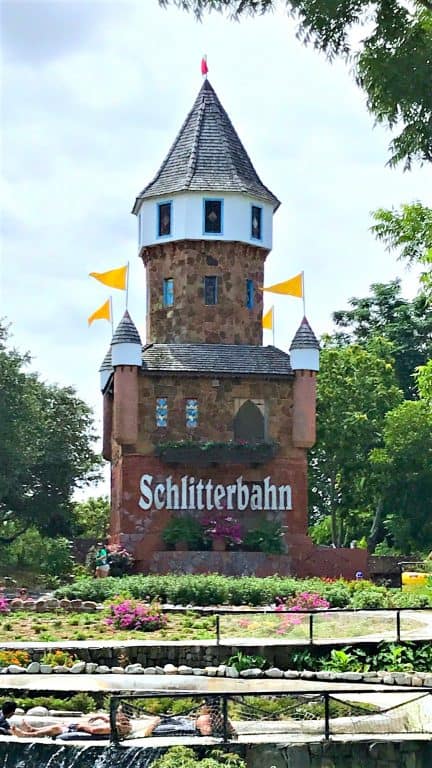 Before there was a Schlitterbahn, there was Camp Landa, a 13-acre campground with about 30 cabins.  In 1966, Bob and Billye Henry bought the campground which was located on the bank of the Comal River.  Over the years, they bought nearby property and developed it, culminating in the opening of Landa Resort in 1979.  In honor of the town’s German roots, the resort was re-named Schlitterbahn, which means slippery road in German.

Over the years, additional rides and lodging options have been added to the mix.  Fast forward to 2018, the New Braunfels Schlitterbahn location is a one-stop summer vacation playground that has something for everyone.  Throughout the years, the focus has always been family entertainment.

Thanks to the addition of those new rides over the years, the New Braunfels location of Schlitterbahn now has 51 different attractions across among its East and West parks.  The attractions include 5 pools, 6 heated pools, 9 kiddie pools/rides/play areas, an AquaVeyor, the Blastenhoff Beach, PLUS:

And for those who are really brave, there’s the Skycoaster.  Check out this footage of my friend Jennifer (from SweetTMakesThree.com) riding the Skycoaster:

I LOVE lazy rivers and can tell you that Schlitterbahn’s lazy rivers exceeded my expectations.  The lazy rivers turn and drop as they meander through the park, making them a blast to ride. 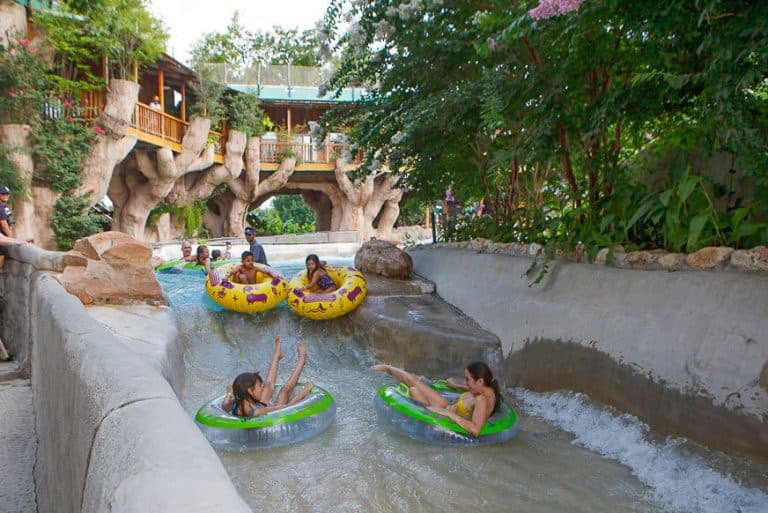 In addition to the traditional lazy rivers, there is the Torrent River, a cross between a lazy river ride and a wave pool.  Riders are propelled along the way via occasional waves, circling the Blastenhoff complex in only 5 minutes.

And there’s more!  The Boogie Bahn Surfing Ride, where 50,000 gallons of water flows each minute over the foam covered surface, is the perfect spot to learn how to boogie board.

While I was at Schlitterbahn, it was National Women Learn To Surf Day.  It was the perfect excuse for me to pick up a boogie board and learn how to catch some waves.  It ended up being a lot easier than I thought it would be and I highly recommend it.

For those who really want to get the most out of Schlitterbahn, renting one of their luxury private cabanas is the way to go. The luxury cabanas come with a refrigerator, television, and a safe to use.   They are a great spot to get out of the sun and rest awhile.  An added benefit is having “room service.”  You can place an order for food and drinks and have it delivered to your cabana. 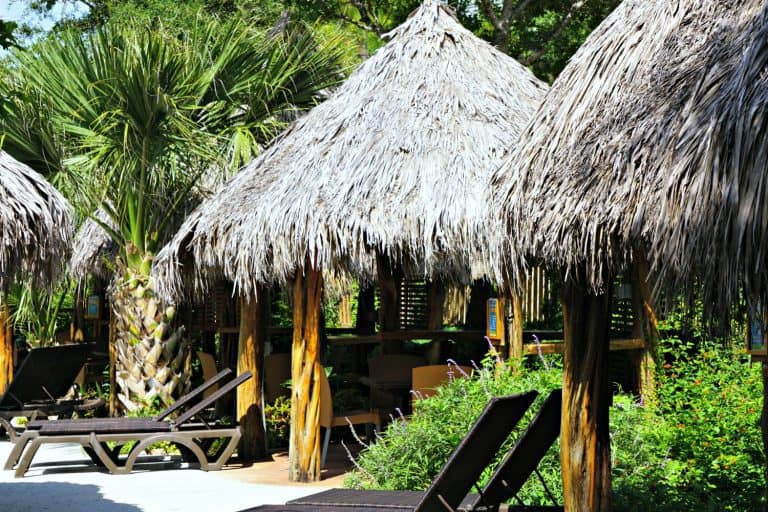 One unique aspect about Schlitterbahn New Braunfels is that in the western section of the park, water from the Comal River is used for the rides.  Measuring a constant 71 degrees, the water is recycled through a filtration system.  Some of the slides end in the river itself where riders drift along with the natural current. 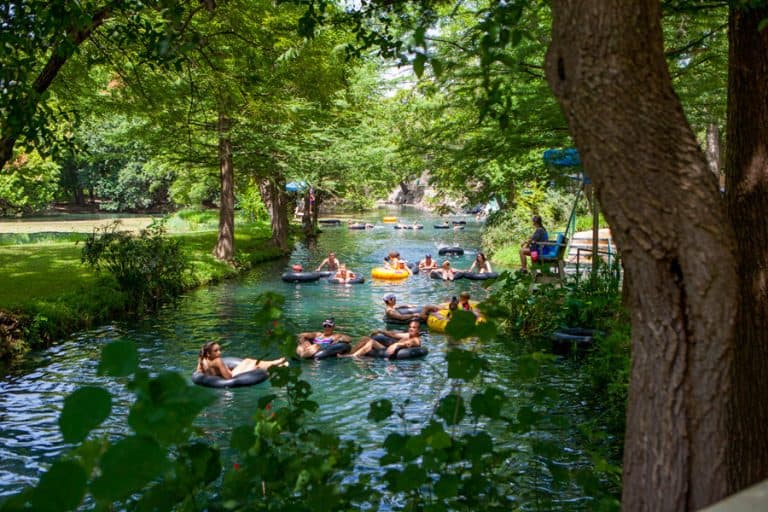 One thing that I found surprising is that guests can bring in their own food and drinks to the park, with the exception of glass containers and alcohol – understandably so.  There are several places in the park where guests can various food items, such as pizza, chicken, turkey legs, salad, and bbq nachos.  There are also incredible funnel cakes.  Loaded funnel cakes. 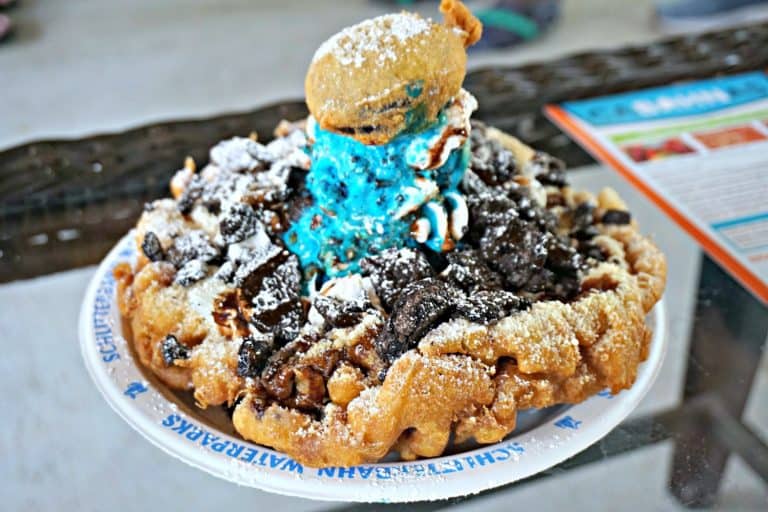 While that gives you a glimpse into some of the things that make Schlitterbahn the best water park in the world, there’s still more! 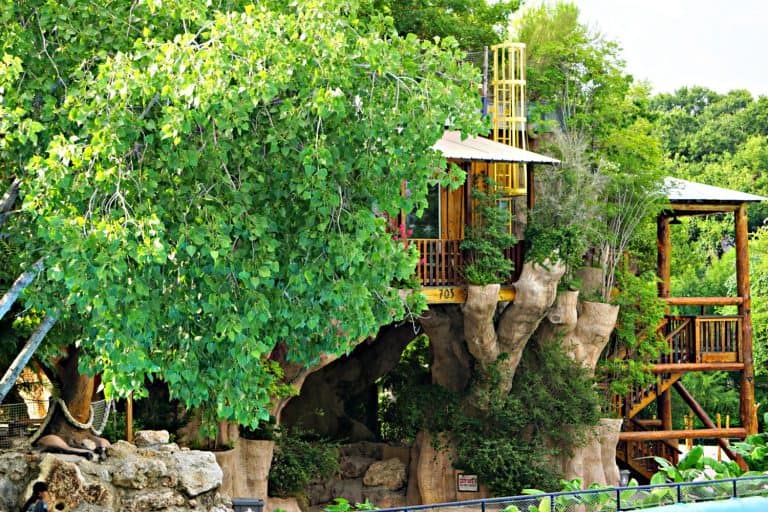 Schlitterbahn is a resort.  It has over 200 rooms at their New Braunfels property, ranging from vintage cabins to Treehaus Luxury Suites.

There are perks to staying at the park such as discounted ticket prices, Early Ride Time – early access to the Master Blaster, Wolfpack, and Black Knight starting (1-hour before the park opens to the general public), extended ride time on the Boogie Bahn for 1-hour past park close, after regular park closing, resort guests can enjoy the Swim-Up Bars (Biergarten and Boogie Bay) and other great activities such as games, s’mores, popcorn and a movie. 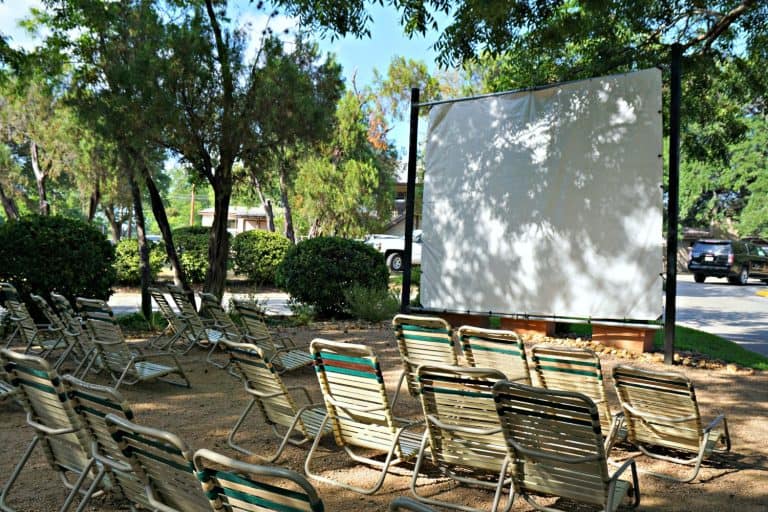 Schlitterbahn Hours:  Schlitterbahn Waterpark New Braunfels is open weekends in the early Spring and Fall. The water park is open daily during the Summer – June, July, and most of August. Attraction availability is limited on some days.  Schlitterbahn opens at 10:00 daily and the closing times vary. Be sure to check the schedule when making plans.

Schlitterbahn New Braunfels is approximately 31 miles east of the San Antonio airport and about 50 miles southwest of the Austin airport.

Being the travel junkie that I am, ever since the first time I saw Schlitterbahn on the Travel Channel, I knew I had to go there.  Being there, I experienced why Schlitterbahn has been named the World’s Best Water Park.

Thanks, Schlitterbahn, for the fun times! 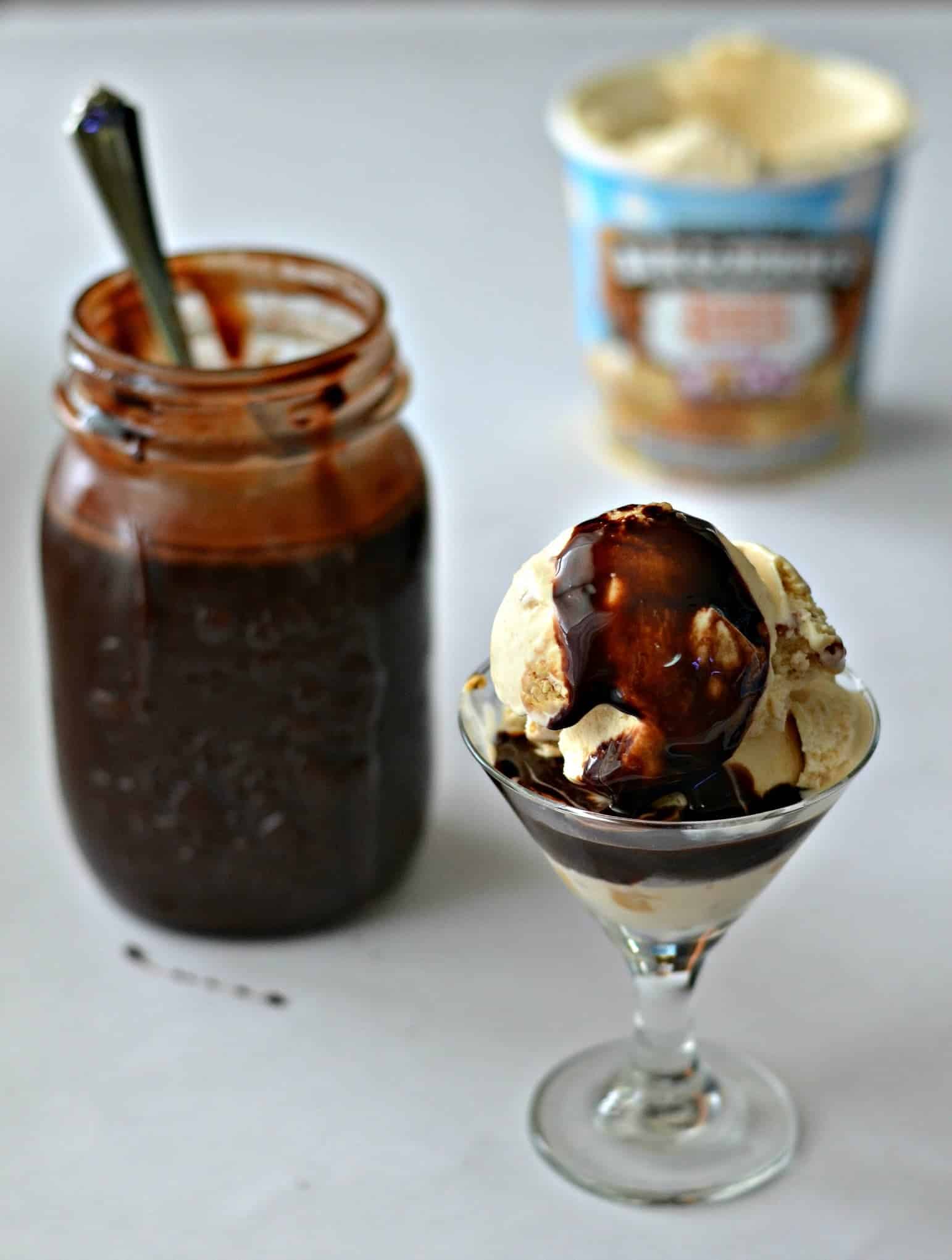