Pittsburgh’s Past, Present, and Future

Once known for its steel industry and industrial past, Pittburgh has transformed itself and is looking to the future.  Pittsburgh is in the middle of its third renaissance and many cities should be taking notes from this world-class leader.  It’s no wonder why so many people #LovePGH.

Carrie Furnaces – Remembering the Past

Pittsburgh is in the middle of its third renaissance and many cities should be taking notes from this world-class leader. It’s no wonder why so many people #LovePGH.” src=”https://www.southernkissed.com/wp-content/uploads/2016/09/IMG_9701-768×512.jpg” alt=”Carrie Furnaces National Historic Landmark” width=”720″ height=”480″>

The steel industry played an important role for both Pittsburgh and the entire United States.  The industry began revving up in the mid-to-late 1800s and came to a screeching halt in the 1980s.  Though it has been more than 30 years since the closure of the steel mills, people can visit Carrie Furnaces and learn more about what made Pittsburgh great, thanks to the conservation efforts of Rivers of Steel Heritage Corporation.

Pittsburgh is in the middle of its third renaissance and many cities should be taking notes from this world-class leader. It’s no wonder why so many people #LovePGH.” src=”https://www.southernkissed.com/wp-content/uploads/2016/09/IMG_9688-768×512.jpg” alt=”Carrie Furnace rail” width=”720″ height=”480″>Carrie Furnaces 6 and 7 are the only two blast furnaces still standing in Pittsburgh, a reminder of Pittsburgh’s role in America’s steel industry.  The furnaces produced iron for Homestead Works from 1907 until 1978.  In 2006, the site became a National Historic Landmark. 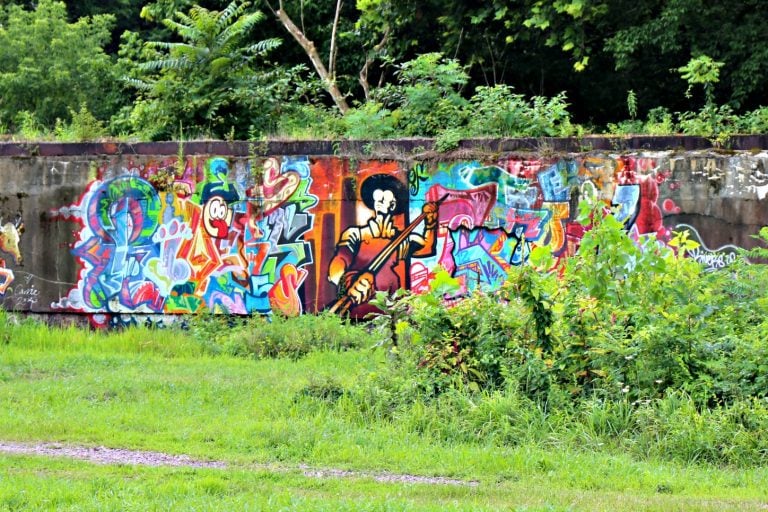 Visitors can take a tour (May through October) and learn more about the site that produced more than a thousand tons of iron per day. 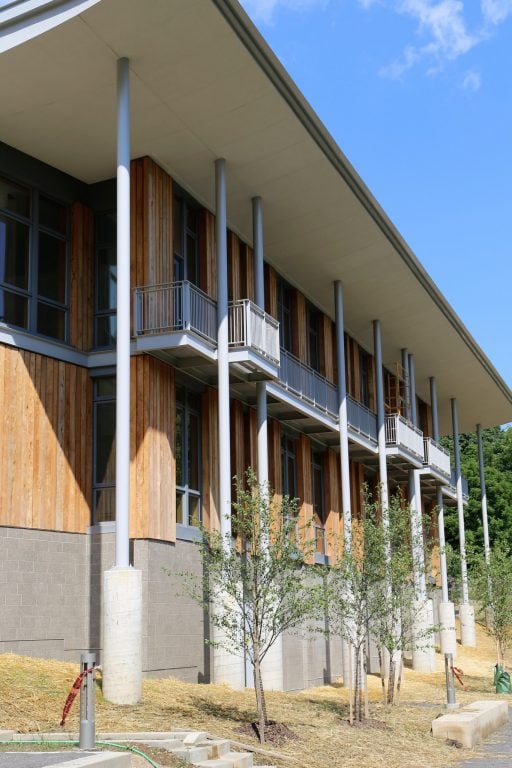 The new facility was designed to be LEED Platinum and Living Building Challenge certified and may be the greenest building in the world that is free and open to the public.  The building  was constructed to collect as much energy as it uses through innovative design that includes solar panels, rainwater collection, and geo-thermal wells to name a few of the features. 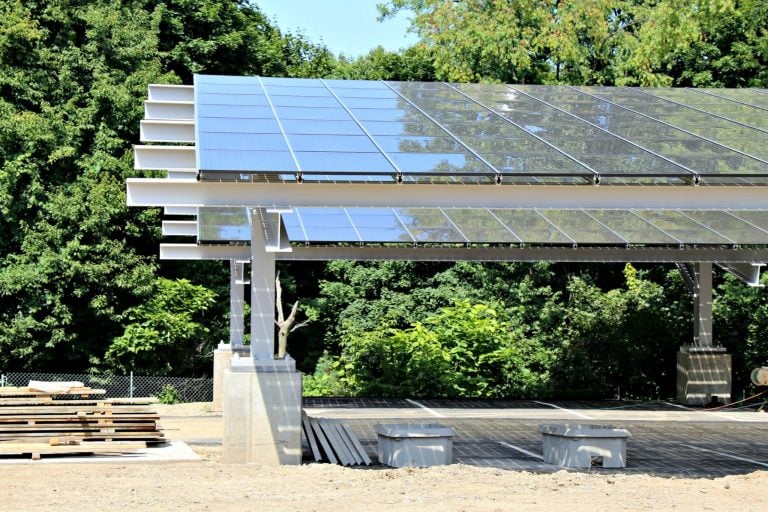 The new center boasts more than 15,000 square feet of usable space with only a 6,000 square foot footprint.  Inside the state-of-the-art facility there are classrooms for hands-on, experiential environmental learning programs.  The surrounding woodlands, streams, meadows and trails also provide children with up-close learning experiences with nature.

The Cultural District – Revitalization of the City Center 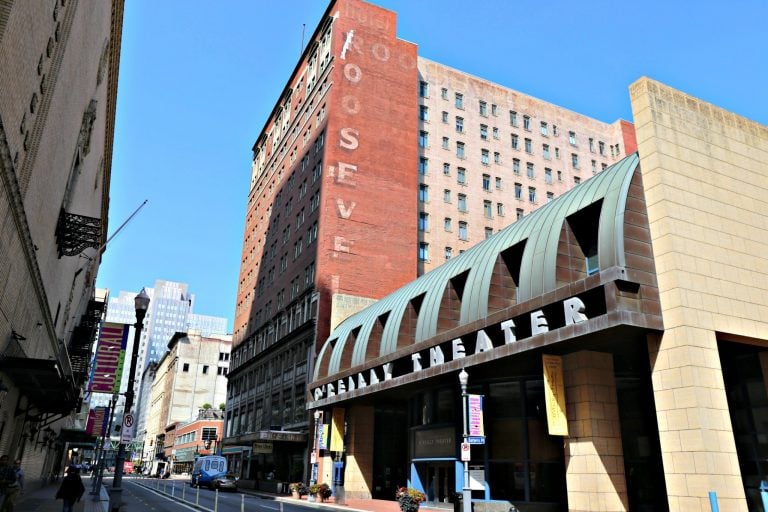 What was once considered the, ahem, Red Light District, has been transformed into Pittsburgh’s Cultural District.  In 1984, the non-profit Pittsburgh Cultural Trust made the cultural and economic revitalization of a 14-block arts and entertainment/residential neighborhood their mission.  The area includes over 90 retail shops, 50 dining establishments, seven world-class theaters, eight public parks and art installations and a dozen art galleries. 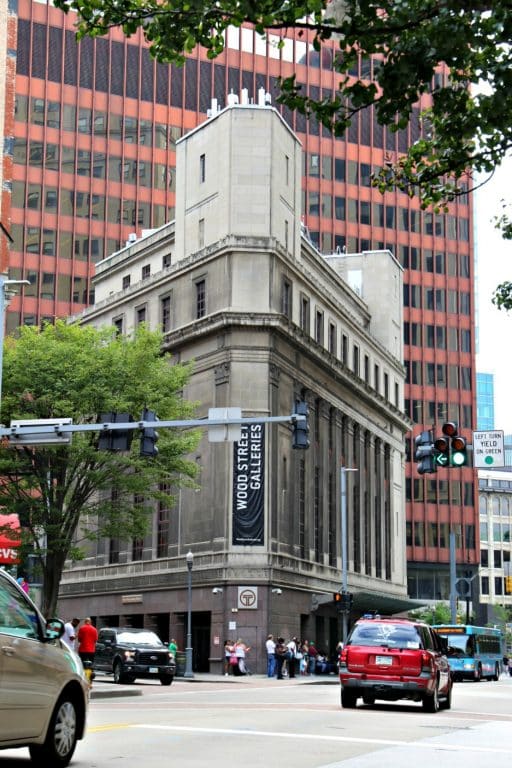 The Trust manages one million square feet of property, including The Benedum Center for the Performing Arts, Byham Theater, and Wood Street Galleries.  Over 2,000,000 people enjoy performances by the Pittsburgh Ballet Theatre, Pittsburgh CLO, Pittsburgh Opera, Pittsburgh Public Theater, and Pittsburgh Symphony in the Cultural District. 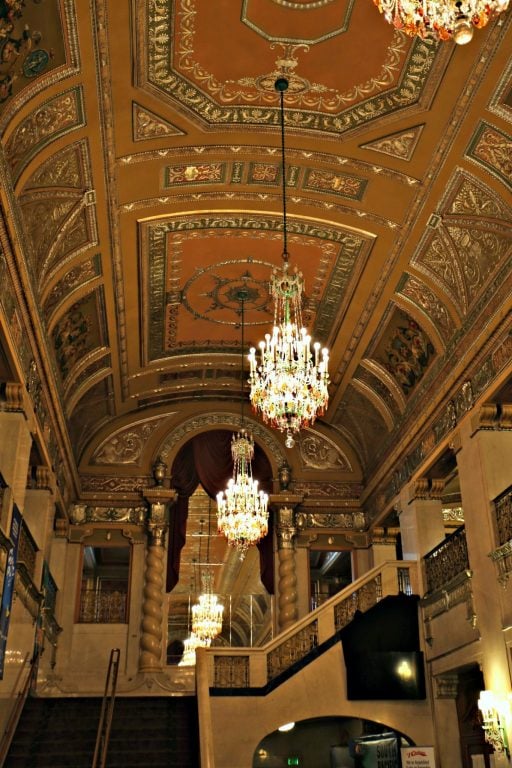 This month, Pittsburgh is hosting Drap-Art at its Re:NEW Festival.  It is “provocative and compelling art from reused materials.”  This is Drap-Arts North American debut – it has been showcased in Barcelona for nearly 20 years.  (Drap means “rag” in Catalonian.)  Artists from 17 countries will be represented at the free festival which takes place September 9 – October 9 (the Drap-Art exhibit ends on October 8th) at the PPG Wintergarden. 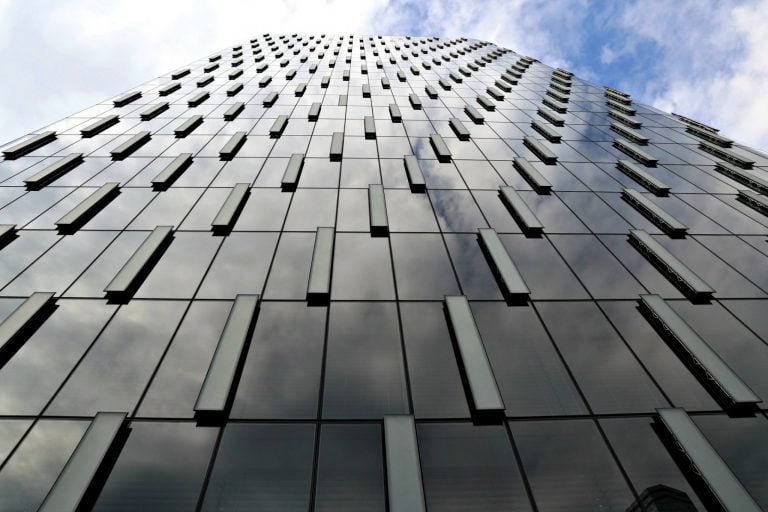 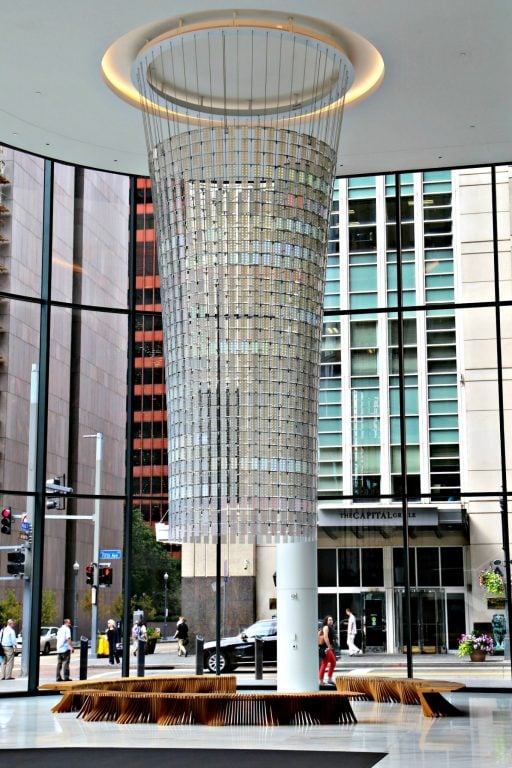 Today, the company’s new corporate headquarters occupy a beautiful 33 story high rise that incorporates state-of-the-art green technology.  The building was designed to exceed LEED Platinum certification and to be the greenest office tower in the world. 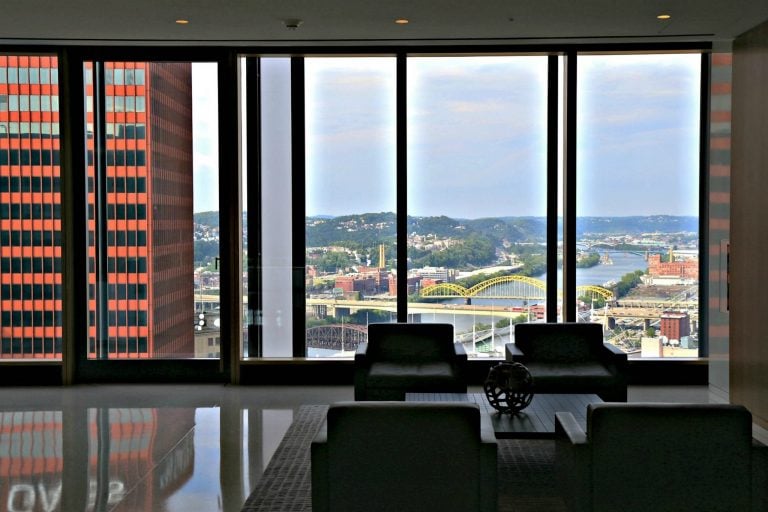 The Tower at PNC Plaza, which overlooks the Allegheny and Monongahela rivers, is not PNC’s only LEED certified building.

Green Ways to Get Around Pittsburgh 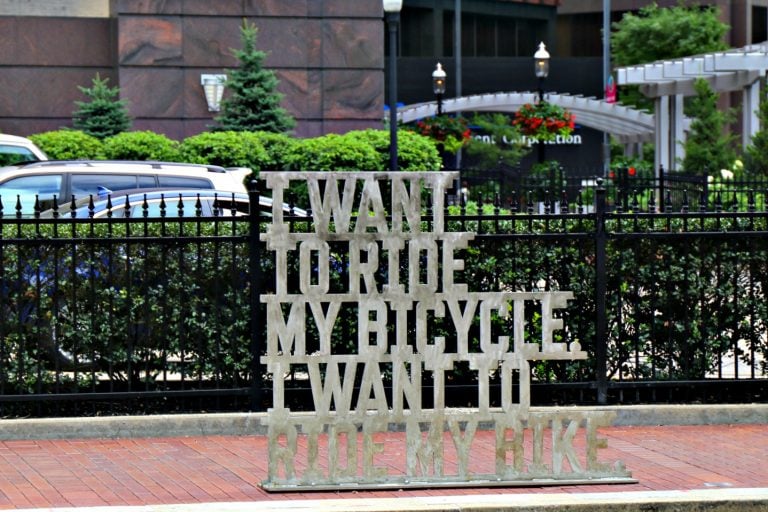 The City of Pittsburgh has become bike-friendly with the transformation of some streets to include bike paths.  Also, the community group Bike Pittsburgh and the Pittsburgh Cultural Trust collaborated on artist designed bicycle racks on sidewalks that have been installed in various locations throughout the city so that riders have a place to park their bikes. 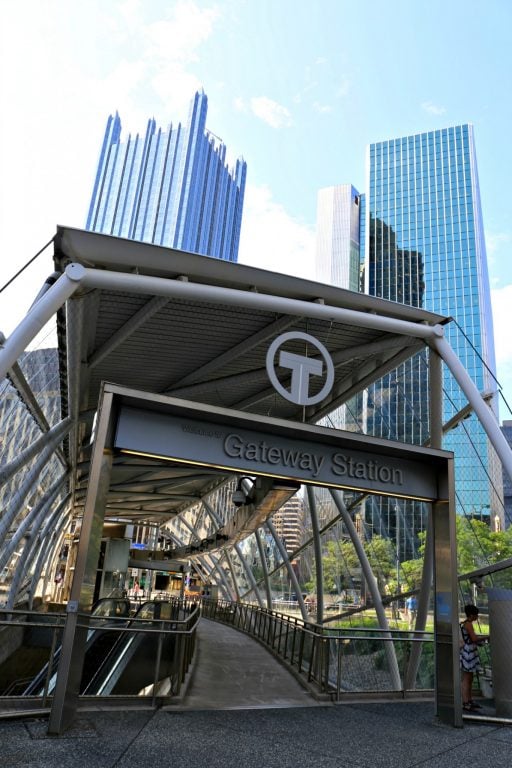 A surprising fact to many is that Pittsburgh has a subway.  It’s operated by the Pittsburgh Port Authority and known as the T.  Riding the T within downtown and the North Shore is free and a is a great way to explore the city.  (You can find out more about getting around Pittsburgh by visiting the Port Authorities website, PortAuthority.org.)

If you haven’t been to Pittsburgh, then you don’t know Pittsburgh.

Good Eats in the ‘Burgh 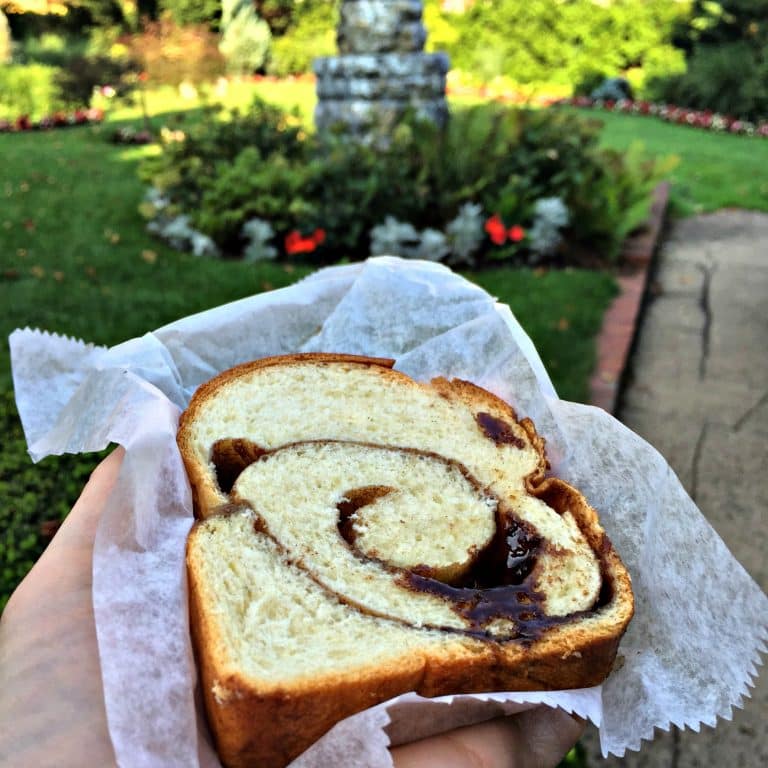 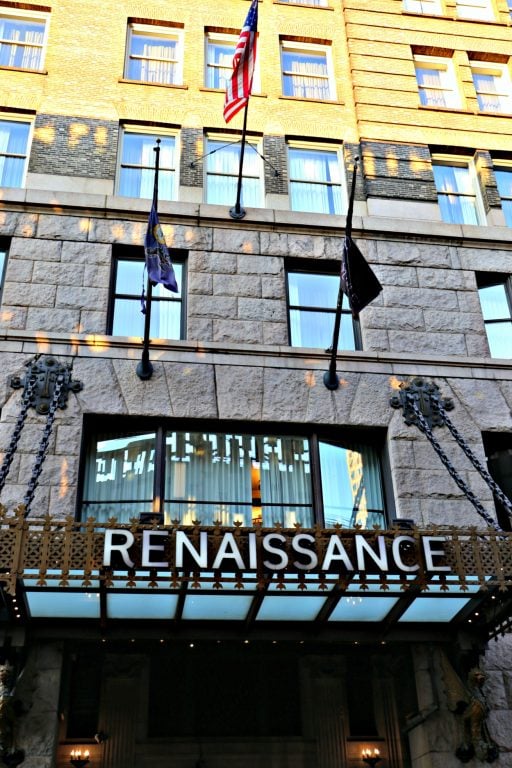 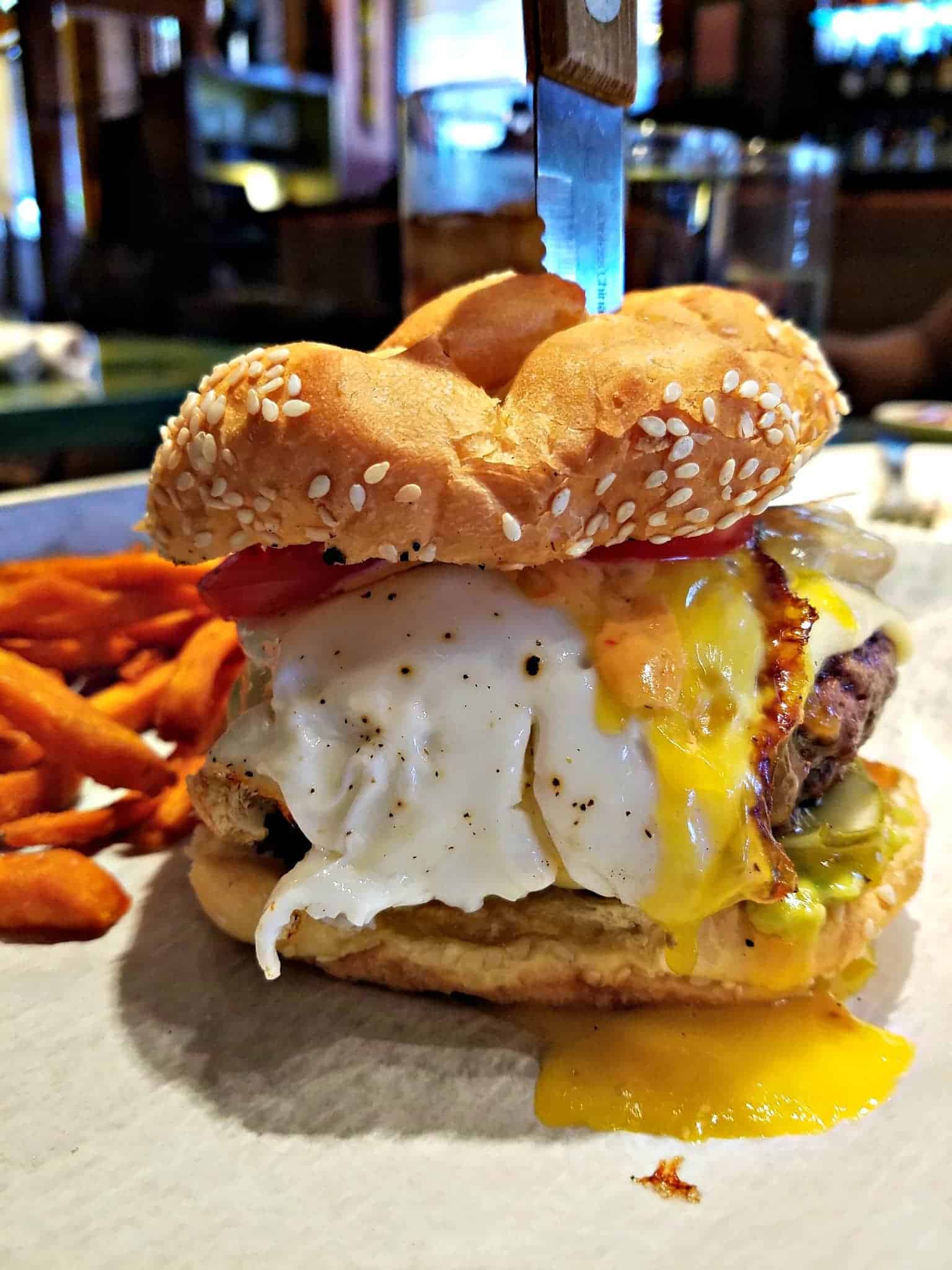 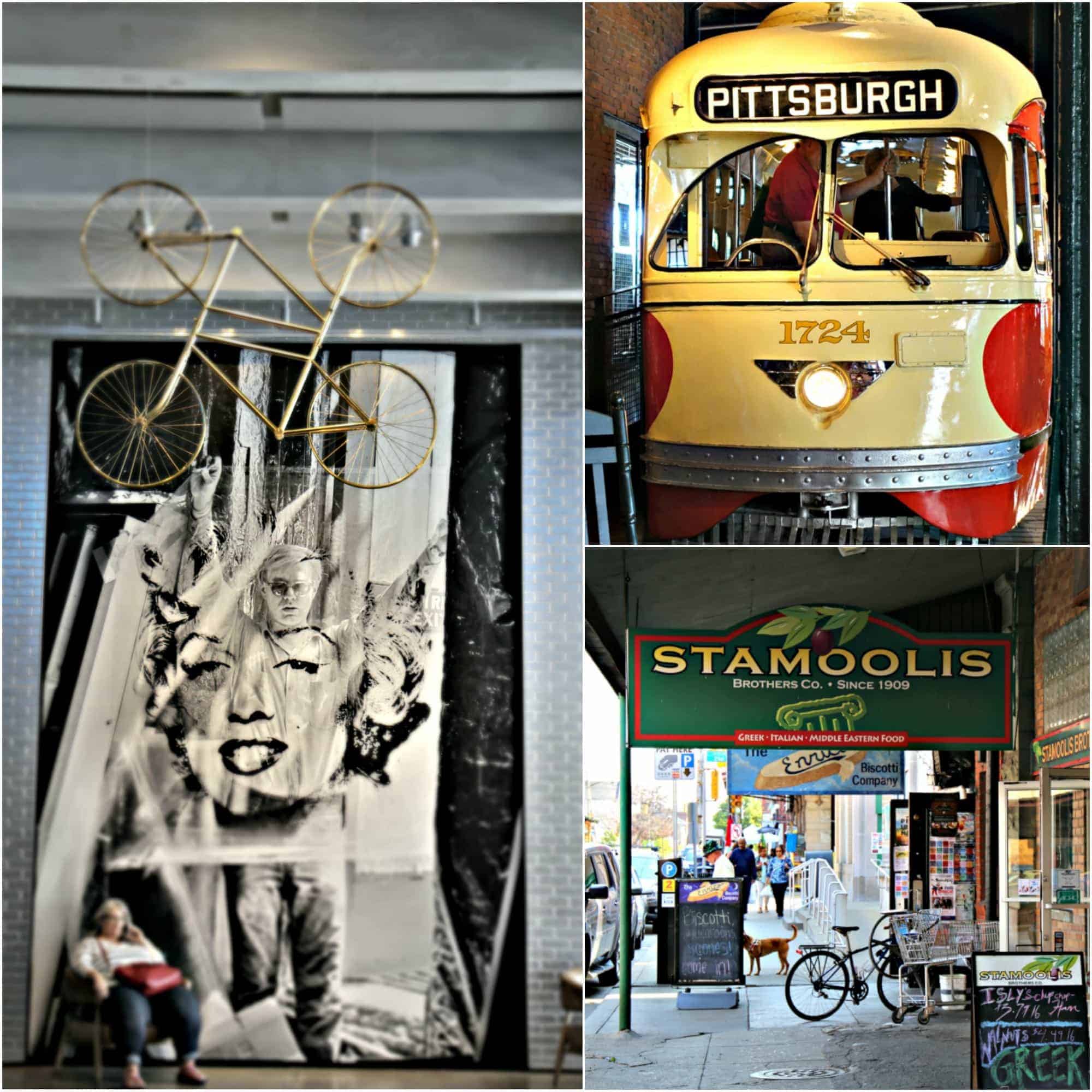 Next
Nine Things To Do In Pittsburgh
Comments are closed.