Home » Featured Travel » Seven Things To Do In Montgomery, Alabama

Over the past 30 years or so, Montgomery has been experiencing a renaissance.  Things have changed a lot and if you haven’t been to Alabama’s capital city recently, now is a good time to see all of the museums during the city’s and state’s bicentennial celebrations.  This ain’t your momma’s Montgomery.  Below are seven things to do in Montgomery, Alabama. 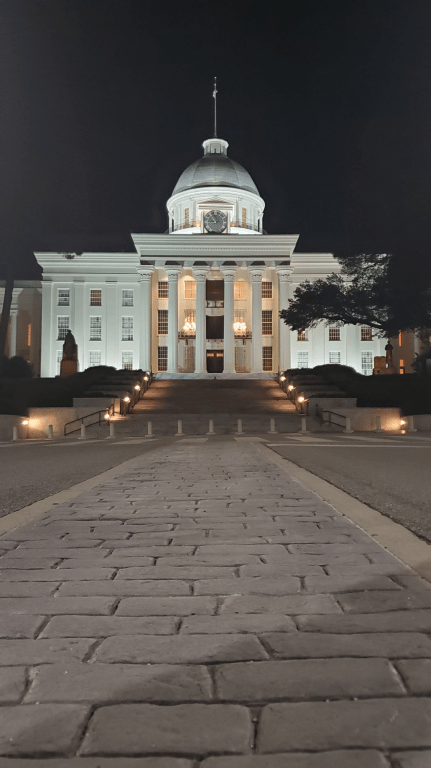 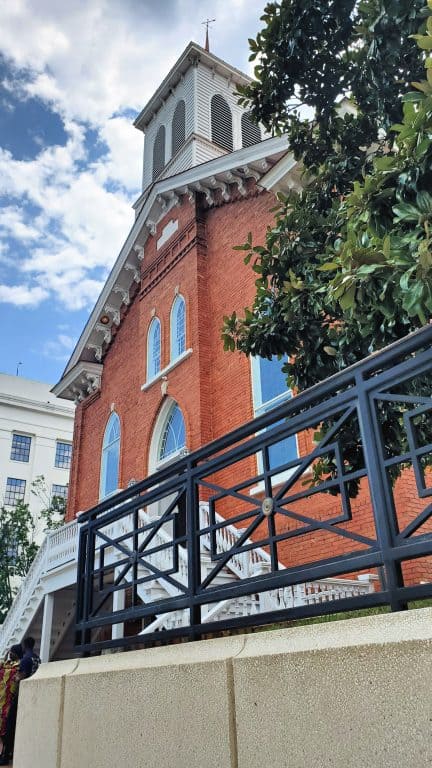 The historic Dexter Avenue King Memorial Baptist Church was founded in 1877 in a slave trader’s pen. The present-day building was constructed between 1883 and 1889 and still holds worship services and welcomes visitors.

Visitors from around the world come to see where Dr. Martin Luther King, Jr. preached his messages of love and non-violence.  Visitors on the tour will feel the love from the tour guides and will no doubt leave with a better appreciation for others. 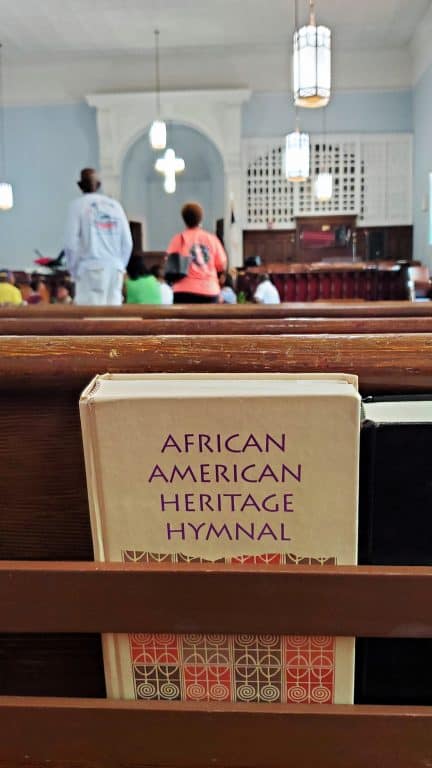 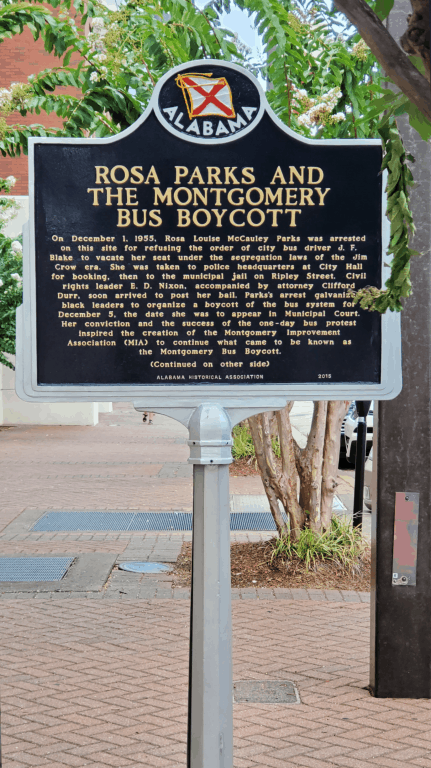 The Rosa Parks Museum is located across from the Davis Theater, not far from where Parks was arrested on  December 1, 1955.  The museum pays homage to Ms. Parks and others who lived during the era of segregation and had to stand up for their rights.

At the museum, guests learn about the Montgomery Improvement Association, a grassroots movement that was formed after her arrest to help fight segregation, learn more about Martin Luther King, Jr. and his role, and as well as learn more about the role that women played in the movement. 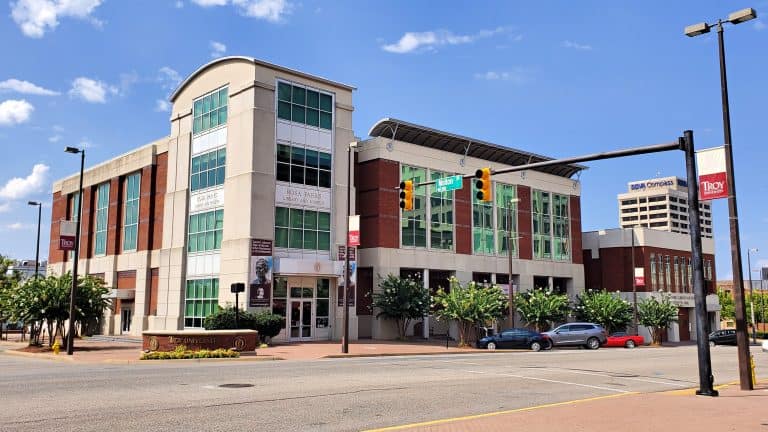 The Rosa Parks Museum is part of Troy State University in Montgomery and the mission of the museum is to, “…honor her legacy and that of the boycott by providing a platform for scholarly dialogue, civic engagement, and positive social change.” 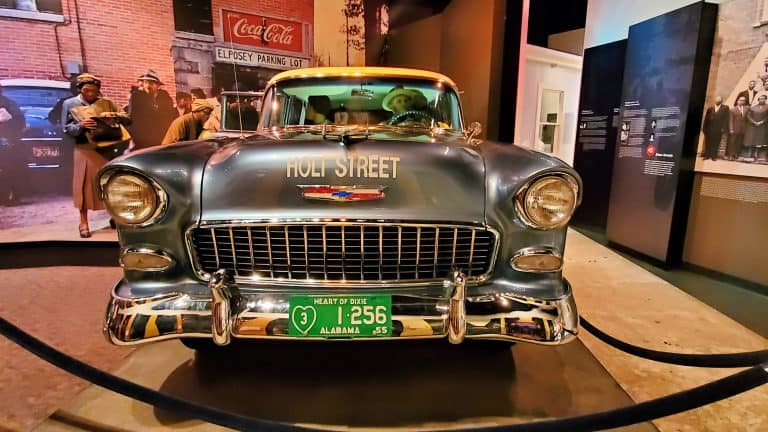 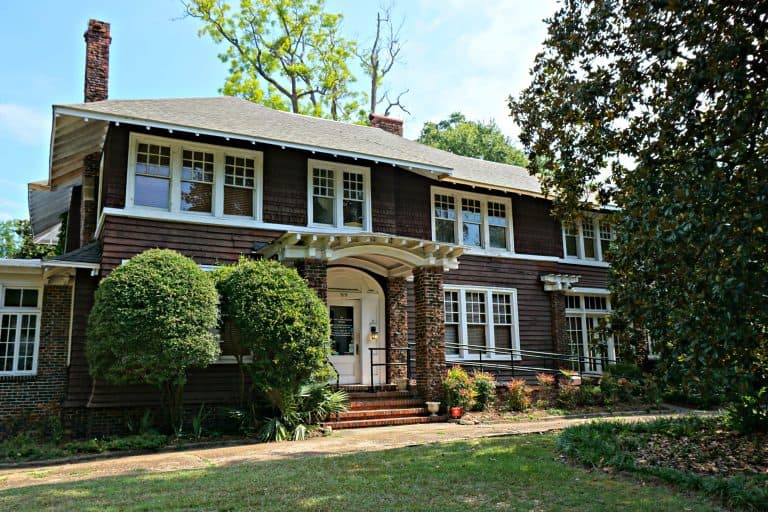 Though F. Scott and Zelda Fitzgerald only lived in Montgomery, Alabama for a year, their home on Felder Avenue is now the only museum in the world dedicated to their lives. 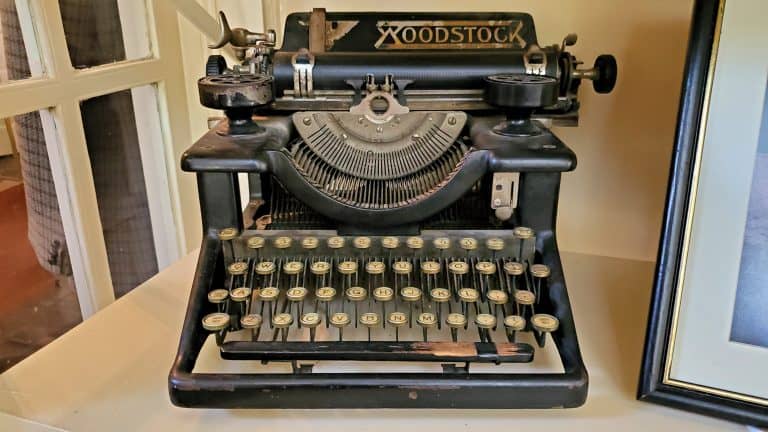 Visiting their home is like stepping back in time with actual mementos and period pieces on display.

Once upon a time after Scott and Zelda lived there, the building had been converted into apartments.  Nowadays, not only can people visit the museum, but it’s possible to stay in one of the upstairs apartments via Airbnb.  (Enter “The Zelda Suite” in Airbnb’s search bar.) 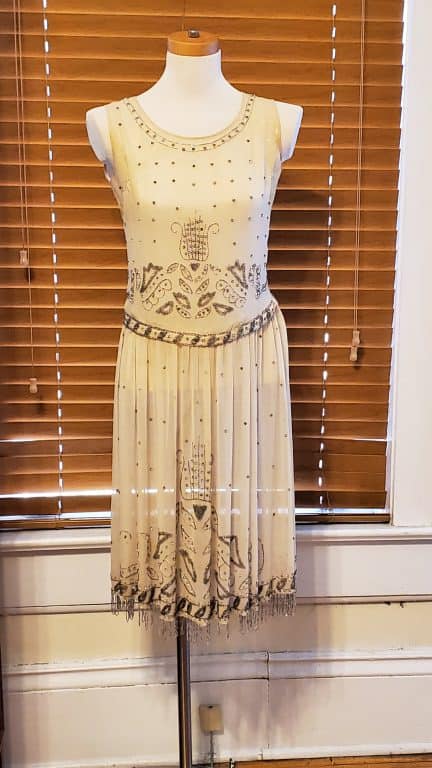 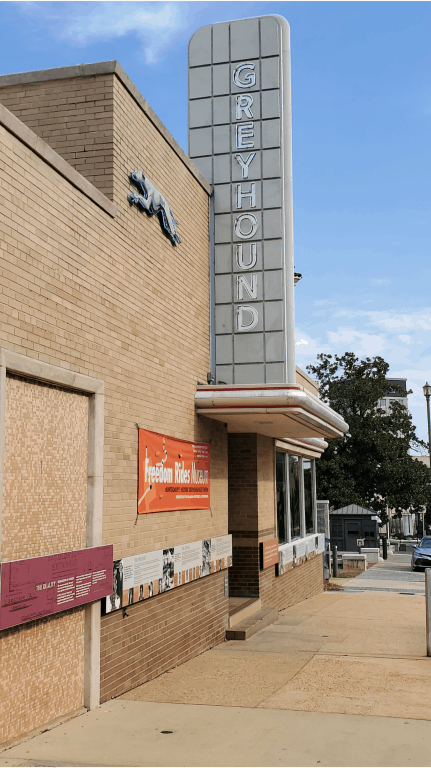 The Greyhouse Bus Station at 210 S Court Street has been transformed into the Freedom Rides Museum.  There is a timeline on the outside of the building that is always open and it traces the Freedom Riders’ journey through the South as they challenged the non-enforcement of the United States Supreme Court decisions Morgan v. Virginia (1946) and Boynton v. Virginia (1960), which ruled that segregated public buses were unconstitutional. 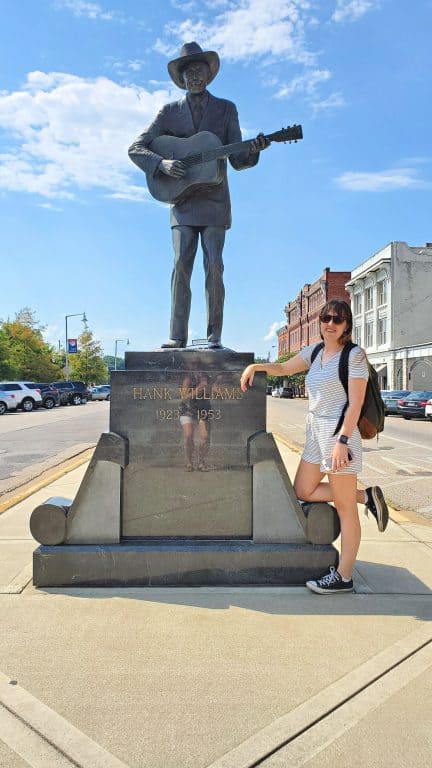 If you like both music and history, then the Hank Williams Museum in Montgomery is a spot you will want to add to your list.  The museum houses the most complete collection of Hank Williams’ Memorabilia, including his 1952 Baby Blue Cadillac (the one in which he died in on January 1, 1953). 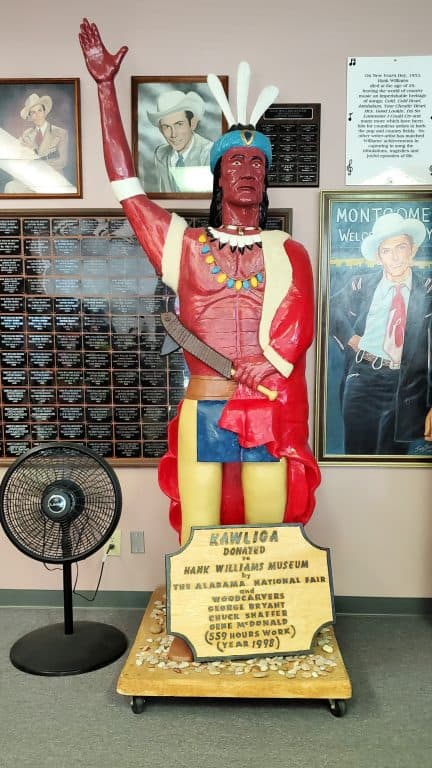 At the Hank Williams Museum, you’ll learn everything you ever wanted to know about Hank.  (Did you know that he was only 29 at the time of his death?) 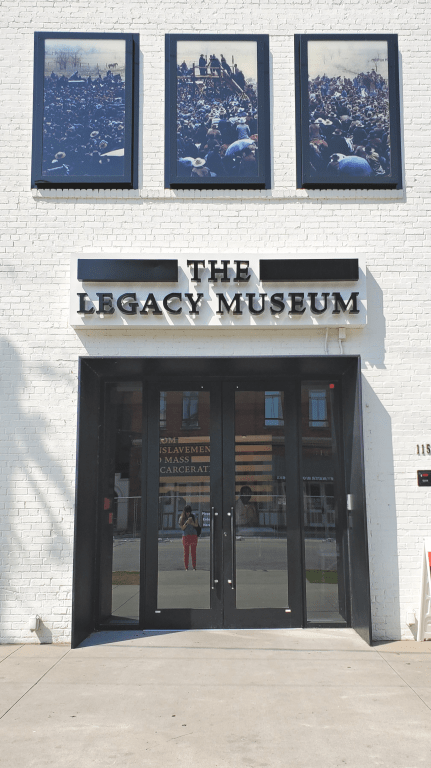 The Legacy Museum opened in 2018 at the site of a former warehouse where black people were enslaved.  The museum is part of the Equal Justice Initiative, a non-profit organization founded by Bryan Stevenson, author of Just Mercy.  The museum is dedicated to ending mass incarceration and excessive punishment in the United States, to challenging racial and economic injustice, and to protecting basic human rights for the most vulnerable people in American society and is not to be missed.

Soil from lynching locations from around the country.  Part of EJI’s Community Remembrance Project.

The museum is a somber reminder of America’s past and a call to action for equal rights for all for now and the future.  It is a first-class museum that sheds light on a sensitive subject that many try to shy away from.  But we must remember that “Those who cannot remember the past are condemned to repeat it.”

The museum has interactive displays that bring the struggle that many people of color still face today. 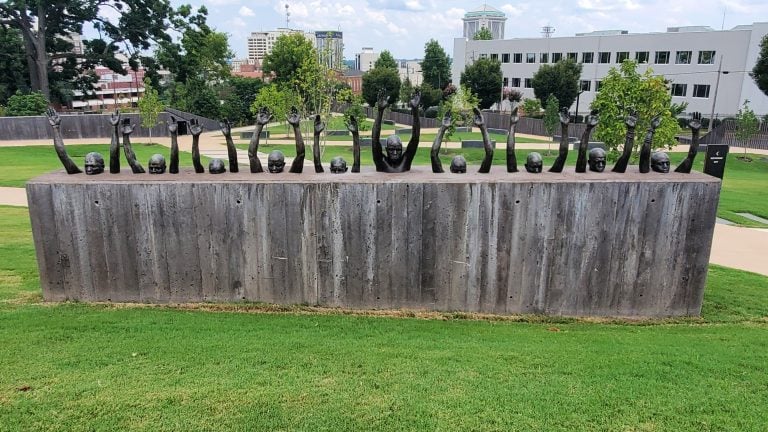 The National Memorial For Peace and Justice is another incredibly designed memorial.  It is the nation’s first memorial dedicated to the legacy of enslaved black people, people terrorized by lynching, African Americans humiliated by racial segregation and Jim Crow, and people of color burdened with contemporary presumptions of guilt and police violence. 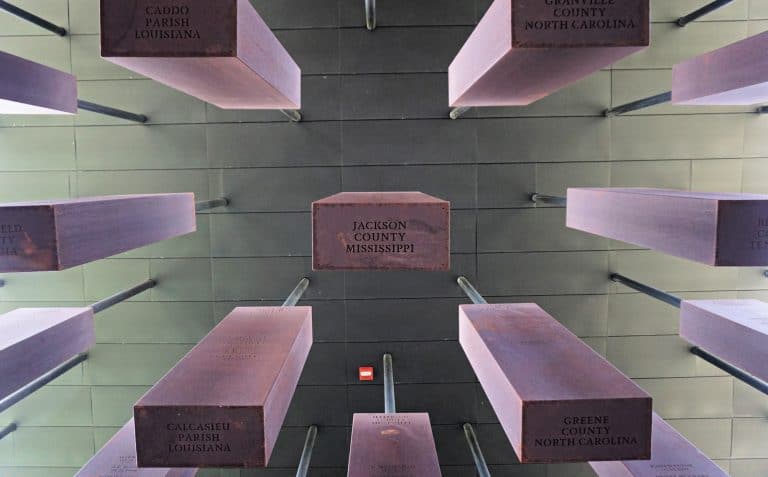 Sculptures and art are a visual reminder of the tragedy of lynching in the United States of America. 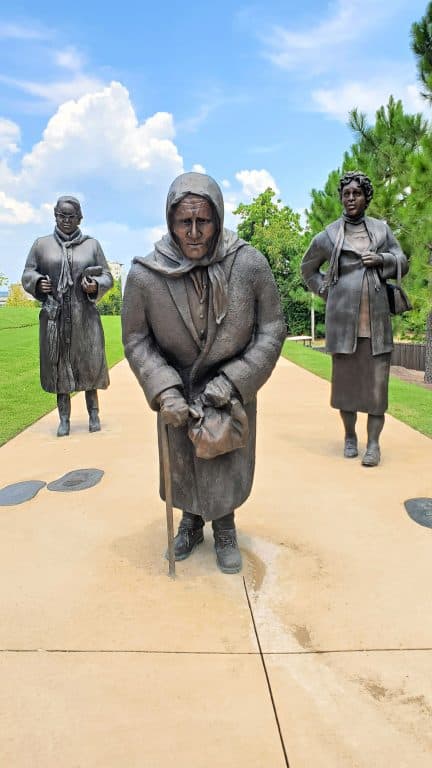 The National Memorial  For Peace and Justice is located at 417 Caroline Street and is open every day except for Tuesday from 9:00 am until 5:00 pm.

The Montgomery Biscuits are the local Minor League Baseball team and they are the Double-A affiliate of the Tampa Bay Rays and are an affiliate of the Minnesota Twins.  Home games take place at the Montgomery Riverwalk Stadium, a converted century-old train shed.  While watching the Biscuits make history, you’ll want to enjoy the full ballpark experience by indulging in a footlong hot dog. 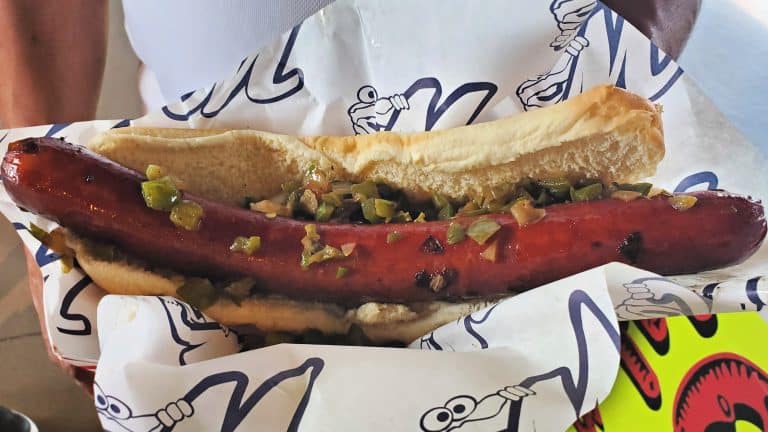 This is just a sample of some of the things to do in Montgomery.  While there, be sure to eat some good old southern cuisine or check out some of the other parks and museums, such as:

For even more ideas of what to do in Montgomery, check out this video from Jenn:

I was a guest of the Montgomery Chamber of Commerce.  All thoughts, opinions, and grammatical errors are my own.

What is your favorite thing to do in Montgomery?