Don’t settle for an ordinary cobb salad when you can have a Hot Chicken Cobb Salad. 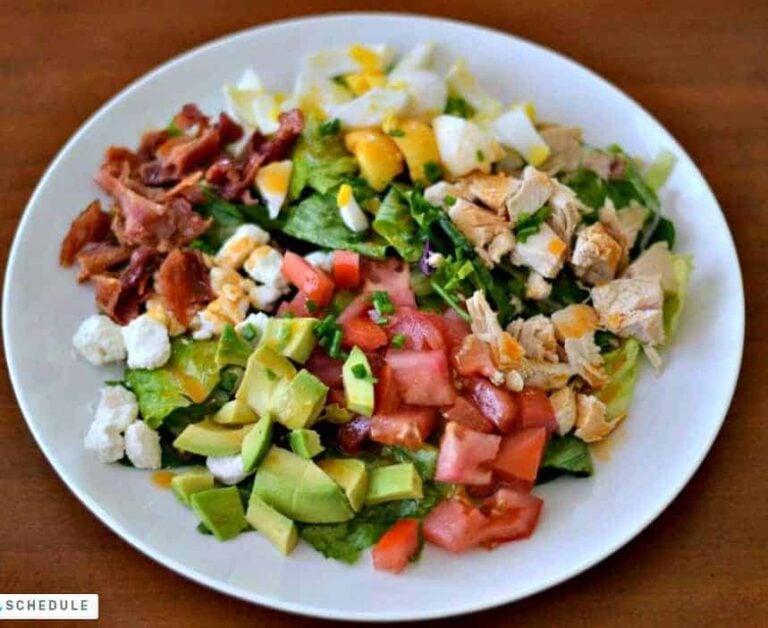 Several years ago, my husband was taught how to make some wonderful hot wings by a friend.  The recipe was the first that we had tried that called for Frank’s® RedHot®, a cayenne pepper sauce that will spice up whatever you add it to.  Ever since then I have developed a taste for things with a bit of kick to them.  Recently I was asked if I would like to review a cookbook that centered around the spicy cayenne pepper sauce.  I thought, “Yes, please!”

I had no real clue what to expect – perhaps a lot of wing recipes, maybe some kind of spicy cheese dip.  I was quite surprised when I opened up Cooking with Frank’s RedHot Cayenne Pepper Sauce: Delicious Recipes That Bring the Heat

There are beautiful full-color photos of most of the dishes that will make you want to try them.  I have already made the Hot Chicken Cobb Salad and will soon be trying Sweet Thai Wings and Blue Cheese Pecan Broccoli Slaw.  I would never have thought about adding Frank’s® RedHot® to such a wide variety of dishes, but Rachel’s book has me convinced to try it in more recipes.

This is a spicy version of the salad invented at the Brown Derby in the 1930s. Try using leftover rotisserie chicken and cooking the bacon and eggs the day before you want to serve them to make this super quick to pull together on a week night. 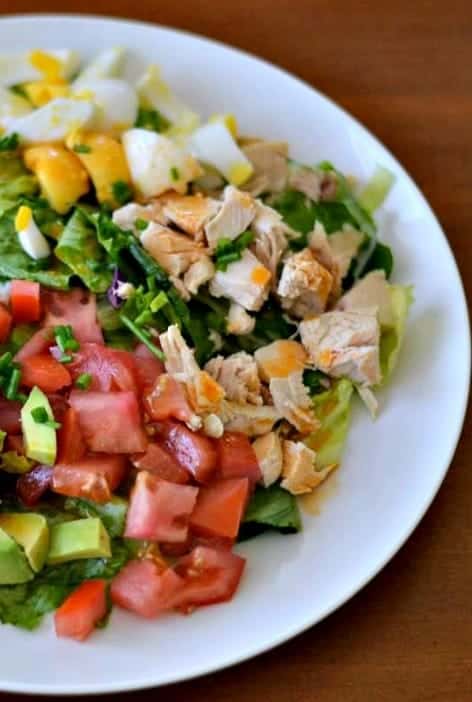 The book is short and sweet and would make a great gift, especially for those who like spicy food.  You can find Cooking with Frank’s RedHot Cayenne Pepper Sauce: Delicious Recipes That Bring the Heat

at your local bookstore or at Amazon.com

Rachel Rappaport is an award-winning recipe developer, cookbook author, and food blogger.  Her blog, Coconut & Lime, features more than 1,600 of her original recipes and was named one of the top 50 food blogs in the world by MSN’s Delish.com.  Her work has been featured on NPR, the Washington Post, the LA Times, the Baltimore Sun, and Fox News.  She has appeared on news, radio, and web shows demonstrating recipes and offering commentary.  She lives in Baltimore, Maryland.