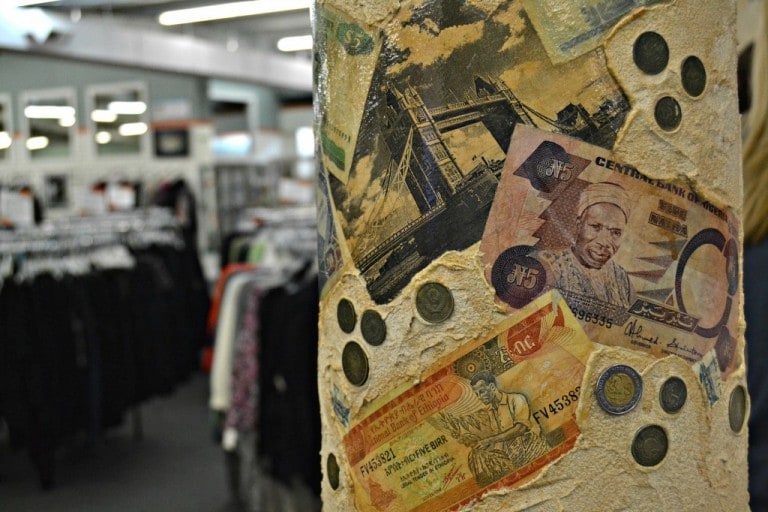 Nestled in the beautiful foothills of the Appalachian Mountains lies a store with a world of treasures.  Literally.  The Unclaimed Baggage Center is located in Scottsboro, Alabama and stocks more than 7,000 new items daily, in large part to luggage that has been lost.  Some of the merchandise that they carry is from lost cargo.  In case you were not aware, airlines have 90 days to locate the owner of a lost piece of luggage.  After that, it is bought by Unclaimed Baggage Center. 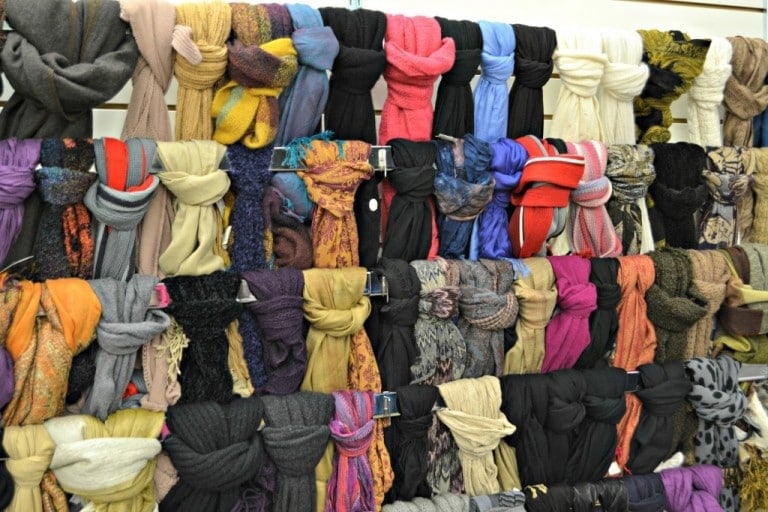 Once at Unclaimed Baggage Center, contents are sorted.   Clothing items that can be sold are dry cleaned.  Jewelry is appraised.  Electronic items have personal data erased and current software is installed.  Many employees have years of experience of pricing the items, which retail at UBC at 20-80% off of regular retail prices.

The Story of Unclaimed Baggage Center

In 1970, Doyle Owens borrowed $300 and a truck and headed to Washington, D.C. and made his first purchase of unclaimed baggage from Trailways bus lines.  A month later he quit his insurance job to become the “bag man” on a full-time basis.

The business was run by Doyle, his wife, and two sons for the next forty years.  In 1995, his son purchased the business from him.

Over the years Unclaimed Baggage Center has expanded so that it now encompasses an entire city block in Scottsboro.  It has been featured on news outlets over the years and written about in books.

Some of the finds at the center include a full suite of armor made in the 19th century, a 5.7-carat diamond ring, a live rattlesnake, and a set of bagpipes.

Unclaimed Baggage Center operates the largest dry cleaning facility in the state of Alabama.  They are also one of the largest donors to the Lions Club in the World, having donated hundreds of thousands of pairs of glasses over the years. 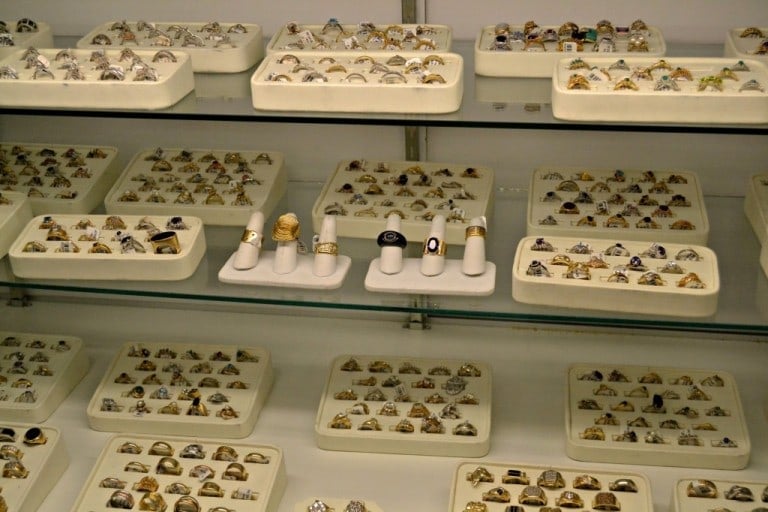 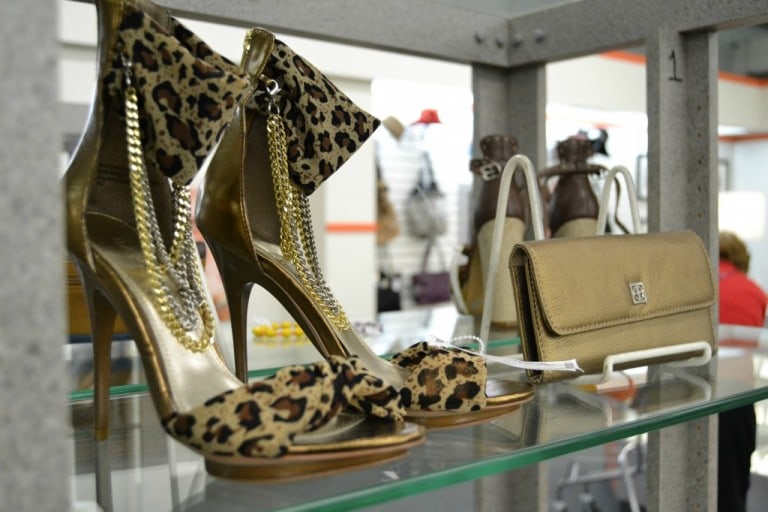 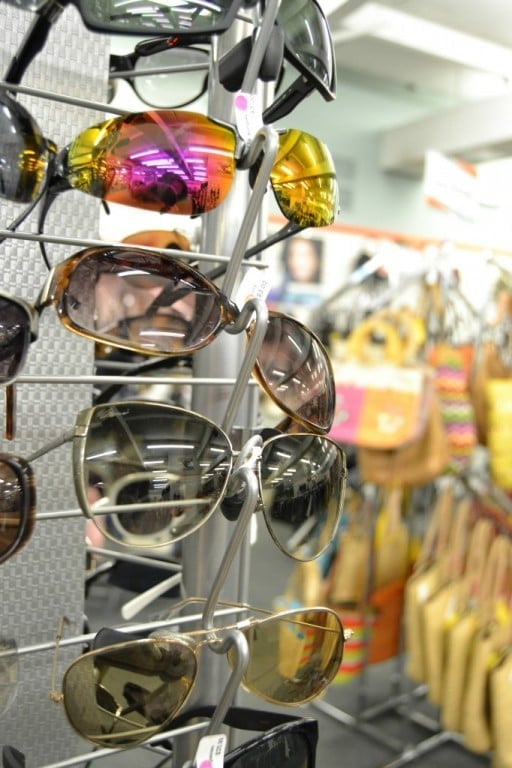 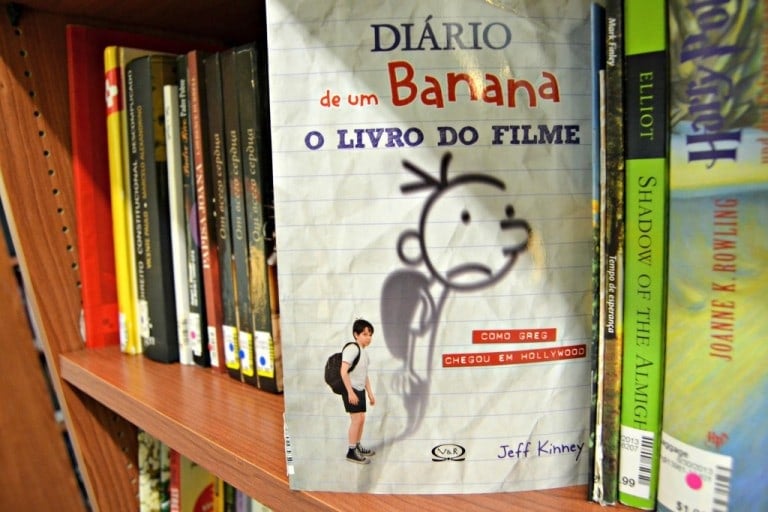 Want to see what it is like to unpack a suitcase that has been lost?  Be sure to sign up when you arrive for your chance.  A lucky visitor will be chosen to do just that.  Aside from the original owner of the luggage, only one other person has seen what was inside – that is to ensure that there are not any unwelcome surprises (remember that rattlesnake mentioned earlier?).

The lucky person will wear a smock and gloves for protection and will get to go through the bag.  On my recent trip, Katy from Katy Did Country was chosen.  The suitcase that she unpacked had treasures from Russia.  Inside were three Matryoshka (nesting) dolls.  There were also souvenir Matryoshka keychains that the original owner was sure to give to her friends and/or loved ones.  (We feel certain it was a “she” because of other contents in the suitcase.)  There was even a Russian Phrases For Dummies book in the bag. 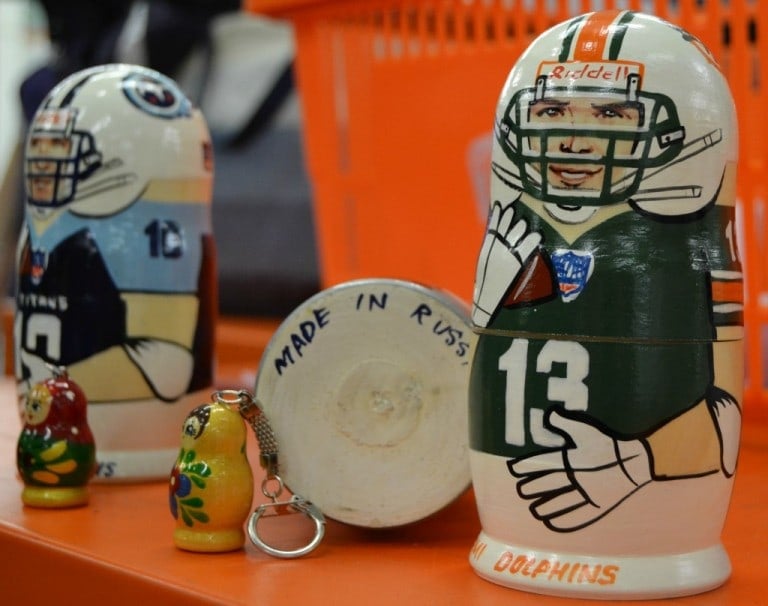 Some Other Worldly Treasures Found at Unclaimed Baggage Center 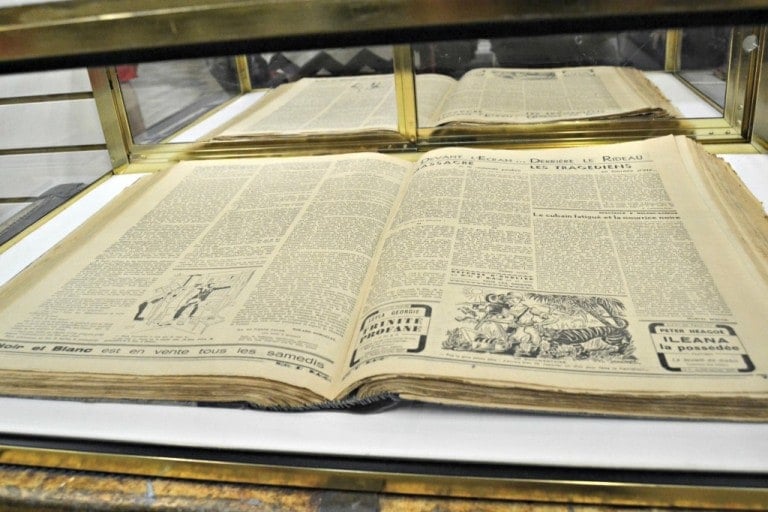 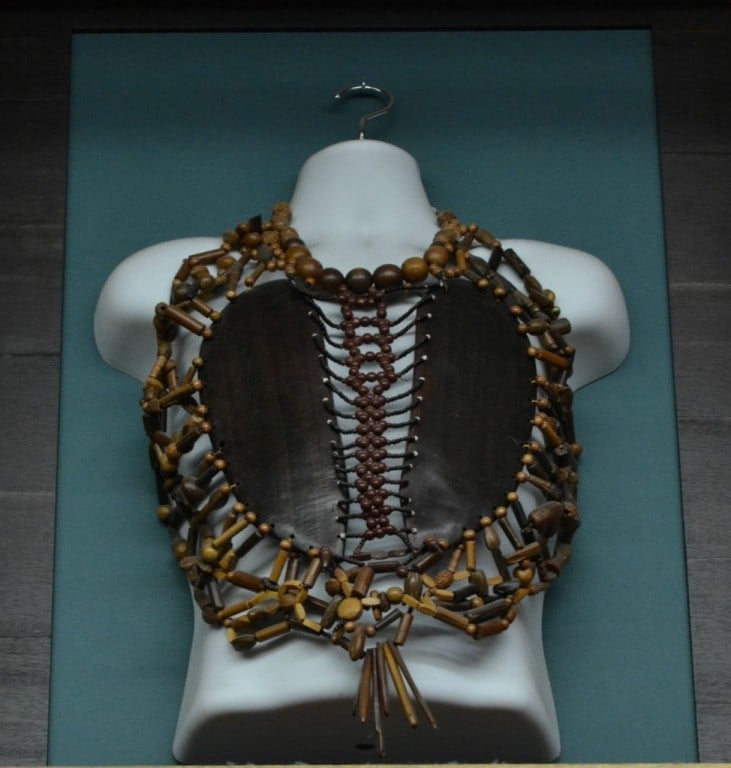 While shopping at UBC, I found a beautiful black leather Michael Kors purse that cost $99.  From what I have been able to tell online, it would normally retail for around $328.  The purse is in fabulous condition – it looks like it has not been used.

I also was able to get a Harry Potter book (Harry Potter und der Gefangene von Askaban (Buch 3) (German Edition)- in German, as well as Nicholas Sparks The Lucky One in Portuguese.  Price of these two books?  $1.00 each.  It is so hard to find books in a foreign language, unless, of course, you are at Unclaimed Baggage Center.  I also got a painting for under $7.  It looks like an original aboriginal piece, though I might be hoping for a little too much.  I like it nonetheless. 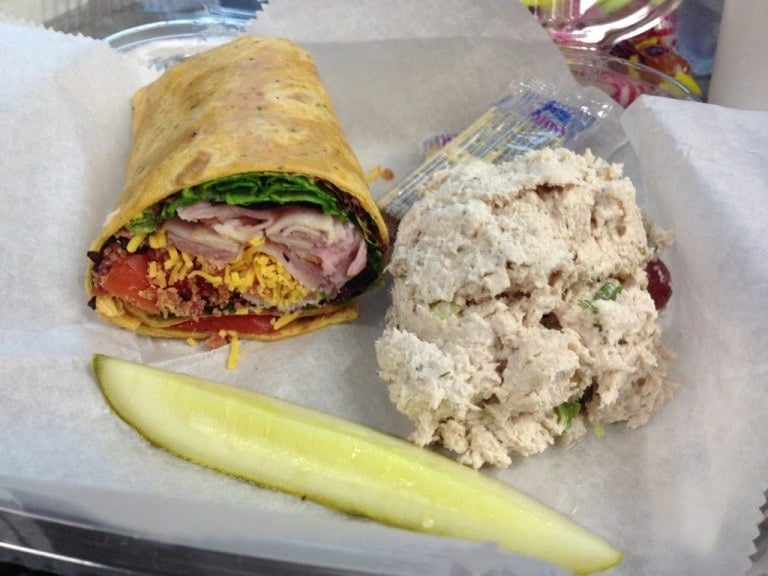 I’d like to thank Unclaimed Baggage Center for inviting me to their first Getaway Day for Bloggers.  For the record, it was not my first and won’t be my last visit to UBC.  I enjoyed the day with a few of my blogging buddies – Katy, Katie, Stephanie, and Myra.

Have you ever lost your luggage or do you have tips on how to ensure that your bags get back to you? 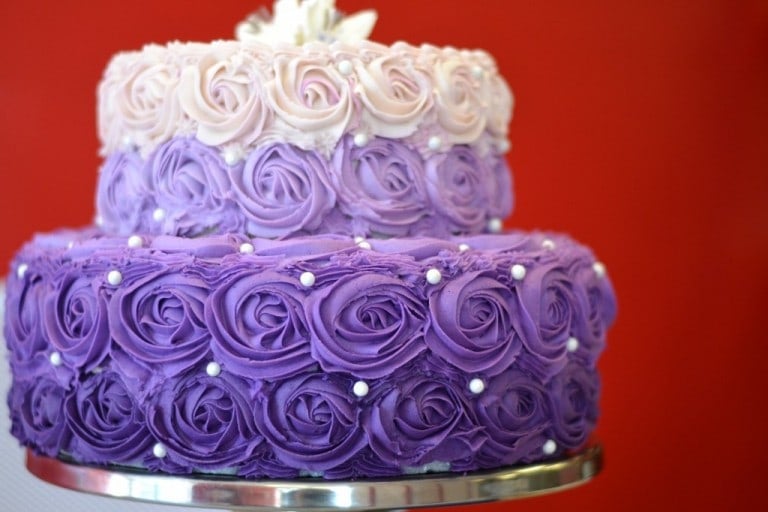 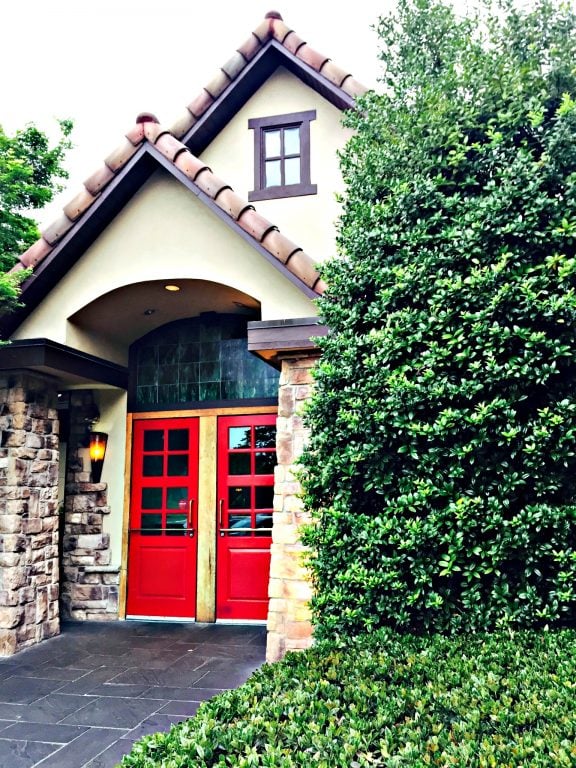